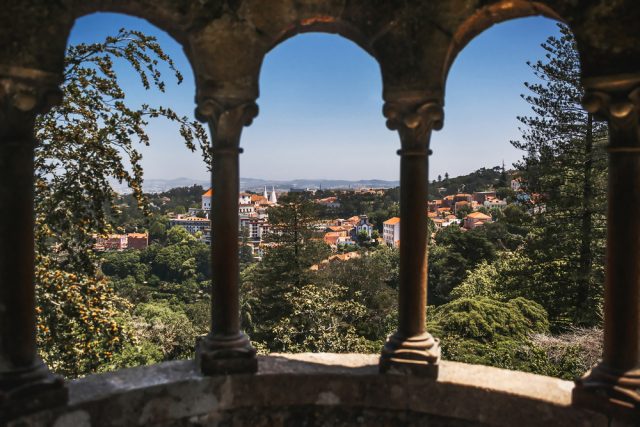 Europe is of course crisscrossed by fairytale drives of all sorts, but Portugal can truly lay claim to one which is one of the continent’s most enchanting, and one furthermore quite close in to capital Lisbon, all driveable in as little as a day. Let’s hit the road to the Portuguese Riviera!

The first leg takes us westward along this riviera (aka the Estoril Coast) to Estoril itself, about a half hour via highway but worth the extra time to drive the smaller local roads, passing by lovely beaches like Carcavelos, a town whose long, wide expanse of sand features a huge 16th-century fort at one end. Then just another eight kilometres (five miles) on, Estoril is a small coastal city of some 26,000 inhabitants, best known for its 19th-century casino, long a destination for the wealthy and notorious during the World War II era as a nest of espionage and political intrigue. Still a prime resort destination today, lovely to stroll amid its white façades and elegant manses and to tarry a spell on its iconic city beach, Praia Tamariz.

Just 15 minutes or so farther west (you can even walk it along a lovely waterfront esplanade), we come to Cascais, a onetime fishing village now also an even larger (pop. 207,000) and glamorous, well-heeled resort, popular with the Portuguese élite for second homes and holiday houses. These days it sports a fancy marina and luxurious shops, but you can still experience the charms of yesterday amid the winding, cobblestone streets of its old town. One of my favourite local beaches, out near the cliffs outside of town, is the Praia do Guincho, with its wildish feel (the surf here is a bit rougher – very much to my own taste, and great for surfing/windsurfing – but not for everyone). 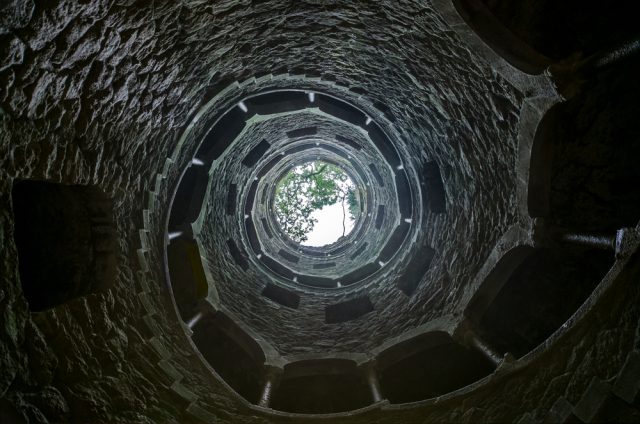 But it’s at our next stop where the “fairytale” part really comes into play. Striking northward into the hills from Cascais, in just a half hour we find ourselves in Sintra (top, pop. 378,000), whose old town, situated amid a nature reserve, is a UNESCO World Heritage Site thanks to its past as a refuge – especially in summertime – for Portugal’s royal family and courtiers. Its most iconic structures are the Gothic-Renaissance Royal Palace, dating back to the 15th century and recognisable for its conical white towers, and the sprawling, hilltop Pena National Palace, built in a romantic style in the mid-19th century. Perhaps my favourite here, though, is the Quinta da Regaleira (above), the palace of the Viscountess of Regaleira which was transformed in the 1890s by a new owner, a wealthy naturalist who created a neo-Gothic estate of pinnacles, gargoyles, capitals, secret tunnels and grottoes, hidden waterfalls, lovely fountains, and an impressive octagonal tower – all riddled with esoteric symbols alluding to alchemy, the Knights Templar, the Rosicrucian Order, Freemasonry, and the like.

Our final stop is a testament to natural rather than manmade beauty. Another half hour back out to the coast and we find ourselves at Cabo da Roca, the  westernmost point of Eurasia. It’s a 140-metre (459-foot) cliff with a sweeping, spectacular view out over the coast and the wild Atlantic Ocean. Part of the Sintra-Cascais Natural Park, it’s also the site of a modest lighthouse.

From Cabo da Roca it’s just another half hour or so back to Lisbon. But you’ll take with you magic memories that will last a lifetime.