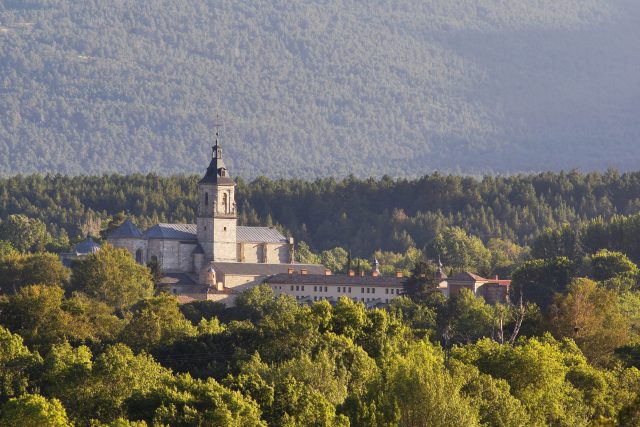 It’s undeniable: the Community of Madrid surrounding Spain‘s capital has it all for an unforgettable summer. All within an hour of the city of Madrid you’ll find a very different side of things, with a wide range of holiday options from historic cities and towns to heat-beating getaways in the great outdoors.

An excellent example is the small town of Rascafría at the foots of the Guadarrama Mountains in the north of the region, which offers a fabulous mix of nature and architecture in a refreshing climate sure to cool you off during one of Spain’s hottest summers, along with the chance to splash around in the Cascadas del Purgatorio (Purgatory Falls), reachable via a five-kilometre (three-mile) hike, and the Arroyo de la Angostura, an especially lovely stream and low waterfalls with mossy banks set amid an inviting forest of pines, oaks, and silver birches. Speaking of forests, Rascafría’s Bosque Finlandés (Finnish Woods) delivers lovely bosky landscapes that do indeed feel just like something imported from Scandinavia. On the historical side, local musts include the 14th-century Monasterio del Paular, whose star is its exquisite altarpiece, and very nearby the handsome, mid-18th-century stone Puente del Perdón (Bridge of Pardon) over the Lozoya River. 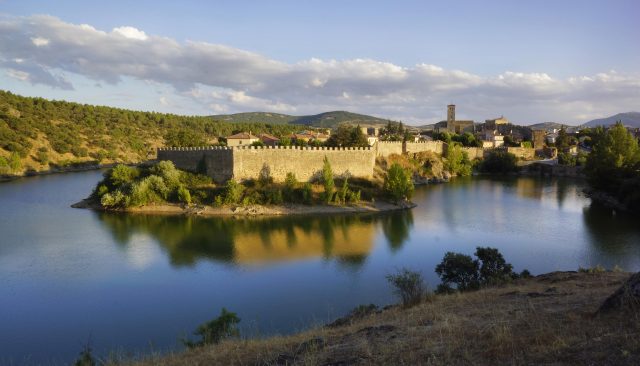 This river also lends its name to one of Spain’s most charming old towns, Buitrago de Lozoya, whose 11th-century walled old quarter dating from the era of Muslim rule is one of the Madrid Community’s best preserved. The town’s Alcázar (fortress) and Casa del Bosque (House of the Forest, a 17th-century Renaissance palazzo) are also gems well worth a visit. Just outside town, you can also take a cool dip in the nearby natural pools and have a ramble through some lovely pine and oak forests.

If you’re in the mood for outdoorsy fun beyond hiking and splashing, the region is also packed with even more active options. On the softer side, there’s a range of inviting biking routes through its various greenways, while more adrenaline-inducing options include paragliding in various localities and canyoning outside the also charming, tiny little town of Somosierra (site of a major early-19th-century battle of the Napoleonic Wars, by the way), featuring rappels of up to 30 metres (98 feet) and a nine-metre (30-ft.) natural waterslide. Other watery fun comes in the form of canoeing the Tagus River; wakeboarding in San Martín de Valdeiglesias; and zooming along in a motorboat on the San Juan Reservoir. 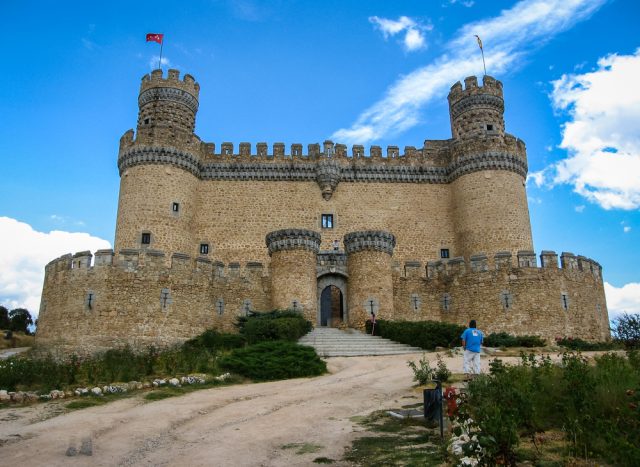 Culturally, too, the region’s very much got it going on. July and August’s Veranos de la Villa (Town Summers) are a series of events in various localities such as the open-air Circuito de Cine (Film Circuit) in 45 towns and cities, now in its 18th year. There’s also a wonderful local wine route in places like Navalcarnero, Arganda, and San Martín, which offer plenty of local historic landmarks along with visits to historic wineries. And there are a handful of spectacular UNESCO World Heritage Sites such as the imposing monastery of San Lorenzo del Escorial; Alcalá de Henares, site of the world’s first university and the home of Spain’s Shakespeare, Miguel de Cervantes; and Aranjuez, site of an elaborate royal palace and famed for the royal gardens, in addition to its exquisite old town.

One last way in which the Madrid region is rich is in imposing castles. such as the 15th-century Castillo de los Mendoza in Manzanares el Real, known for its large stained glass windows and four towers. and home to an exhibition of antique weapons and tapestries (a dramatised tour is even offered, relating the castle’s lore and secrets). Other prime examples include Chinchón‘s Castillo de los Condes de Chinchón; Castillo de Batres with its amazing balcony; and Castillo de Odón in Villaviciosa de Odón.