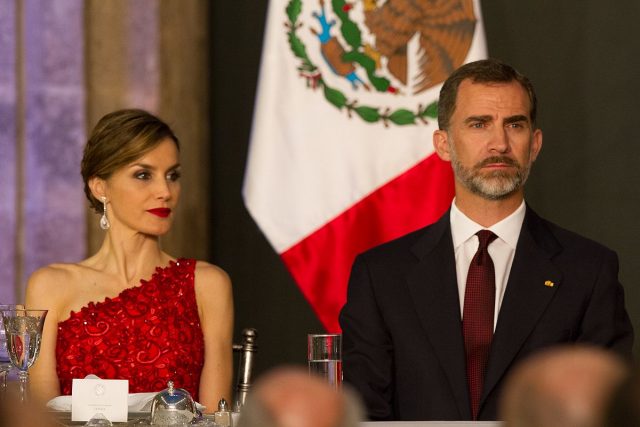 This summer marks the third anniversary of the ascension of King Felipe VI and Queen Letizia (seen above on a state visit to Mexico) to the constitutional throne of Spain. Succeeding his father, Juan Carlos I, Felipe is the ninth monarch of the House of Bourbon, which originated in France in 1272, with its first Bourbon king, Henri IV, ascending to the throne in 1589. Spain’s first Bourbon was Philip V (below), from 1700 to 1724, and in the four centuries years since, the country has had Bourbon monarchs – with several interruptions – up until the present day.

King Charles II of the Spanish branch of the originally Austrian Habsburg dynasty died heirless in 1700, having named as his successor his grand-nephew (and grandson of then-French king Louis XIV), the 17-year-old Duke of Anjou. And Philip V, as he became known, ended up having the longest reign in Spanish history – 45 years – though not without ups and downs. That included the War of Spanish Succession (1702-15) between Spain and France on one side and a “grand alliance” of Tudor England, the republican Netherlands, and Habsburg Austria, concerned about the rise of Bourbon power in Europe. In addition to ending with Spain losing territories including Minorca, the Spanish Netherlands, the duchies of Milan and Sardinia, and the Kingdom of Sicily, the war led to the consolidation within Spain of the monarchy. For complex political reasons, Philip V also abdicated the throne for nearly eight months. Overall, his incumbency was a mixed bag, with inefficiency and corruption still a problem but reforms making merit more of a factor in government service. 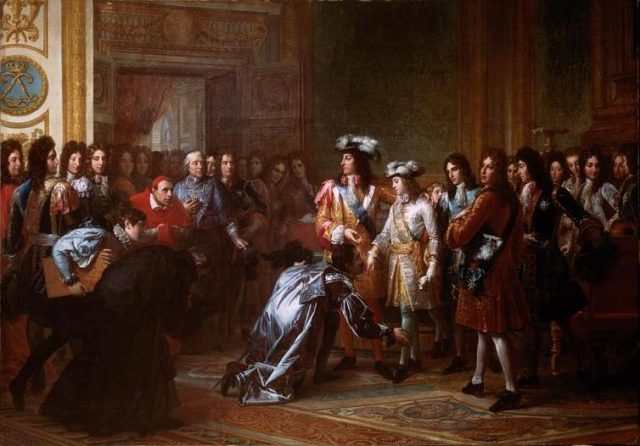 Philip V was succeeded in 1746 by his son Ferdinand VI (1713-59), whose also long reign saw some reforms and modernisations but was hobbled to an extent by some of his cognitive difficulties (Fun fact: Philip is briefly portrayed in Pirates of the Caribbean: On Stranger Tides).

Ferdinand VI’s successor, half-brother Charles III (1716-88), was an “enlightened absolutist” who was more successful than Ferdinand, working to further reform and modernise Spain, along with trying to limit the influence of the Church. He supported the U.S. War of Independence and consolidated the national identity of the Spanish state (including its current red-and-yellow flag).

Charles’ son Charles IV (1748-1819) was well meaning, pious, but much less proactive – and left much power in the hands of his prime minister, Manuel de Godoy. That, plus economic discontent, tanked the monarchy’s prestige, and Crown Prince Ferdinand tried to replace his father in 1807. In 1808, popular riots finally forced Charles to abdicate in favour of his son, but he in turn was deposed by Napoleon, whose forces had invaded Spain.

Crown Prince Ferdinand (1784-1833) finally became Ferdinand VII for good in 1813, and also became an anti-liberal absolutist, abolishing the liberal constitution of 1812. His reign also saw the outbreak of independence revolutions in some of Spain’s colonies in Latin America. 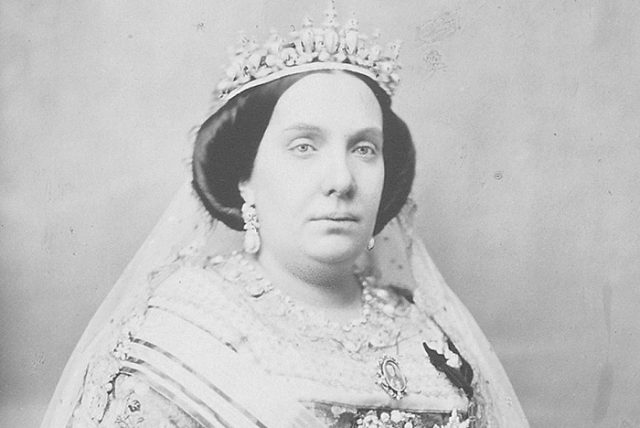 The next Bourbon ruler was its first female, Ferdinand’s Italian second wife Maria Cristina (1806-1878), who beginning in 1833 ruled as regent for their young daughter Isabella. Ferdinand’s brother Carlos contested the succession, and this led to some turmoil – including the first in a trio of Carlist Wars in his support.

When Isabella II (1830-1904) finally took the throne in 1843 as the first queen since Isabella I (1451-1504), she presided over a period of ups and downs between conservatives and progressives, the beginnings of industrialisation, and popular protests. It ended when the ‘Glorious Revolution’ of 1868 forced her into exile followed by a two-year reign by Amadeo I, an Italian prince recruited by the revolution’s leaders, then the establishment of the federalist First Spanish Republic.

After the republic was marked by instability, unrest, and the Third Carlist War, it, too proved to be short-lived, and in 1875 the Cortes (parliament) installed Isabella’s son Alfonso XII (1857-85), who was fairly well regarded and whose reign was relatively uneventful and pacific, with finances and administration relatively well managed. (Fun fact No. 2: one of Spain’s higher-profile monuments to its monarchs celebrates this one: the majestic statue and colonnade on the shore of the lake in Madrid’s El Retiro Park (below). Fun fact No. 3: there was a movie and iconic song from the 1950s about this king: Where Are You Going, Alfonso XII?) 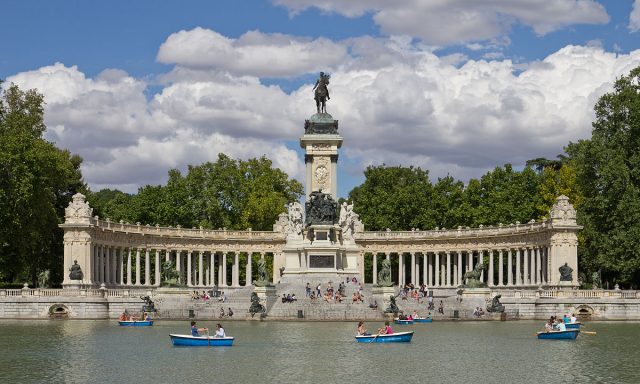 His son, also Alfonso, didn’t take the throne until 1902, and during the regency of his mother Maria Cristina, Spain suffered what many consider one of its single worst traumas in centuries: the Spanish American War, which led to the loss to the United States of key remaining colonies, Cuba, Puerto Rico, and the Philippines. This overshadowed the 19-year reign of Alfonso XIII, as did a disastrous attempt to hold onto Spanish colonial territory in Morocco, and his support for the government of General Miguel Primo de Rivera. In 1930 he was forced to flee the country and was condemned by the Cortes, ushering in the eight-year Spanish Second Republic.

This was to be the start of a 46-year interregnum in the Bourbon monarchy, which finally came to an end in 1975 with the coronation of King Juan Carlos I, a strong supporter of democracy and modernization. Though with some constitutional responsibilities, the new King as head of state let the political parties drive policy, and in June 2014 abdicated in favour of his son Felipe.

As king, thus far 49-year-old Felipe VI has been popular as well, thanks to factors such as his charitable activities; his marriage to a glamorous TV news presenter, now Queen Letizia; his athleticism (he was a member of Spain’s Olympic sailing team during the 1992 Barcelona Games); and progressive gestures such as taking a 20-percent pay cut during the economic crisis, and providing full recognition to LGBT organisations.

In conclusion, like Spanish history itself, the Bourbons too have a complex history, but one which has steered the country through storms and sunny days alike to lead the country toward better times. Today, for many tourists the thrill of visiting the Royal Palace and seeing the changing of the guard or a formal procession in horse-drawn carriages is not just a fabulous photo op – it is also a glimpse at the historic heart of Spain.

This is the third in an occasional series of Love2Fly posts talking about key aspects of Spain’s long and complex history, to provide at least a bit of context for our travel, food, and culture posts, as well as simply to help our non-Spanish passengers and friends learn more about our fascinating country. Also in the series:
The Real Pirates of the Caribbean
One State From Many Kingdoms