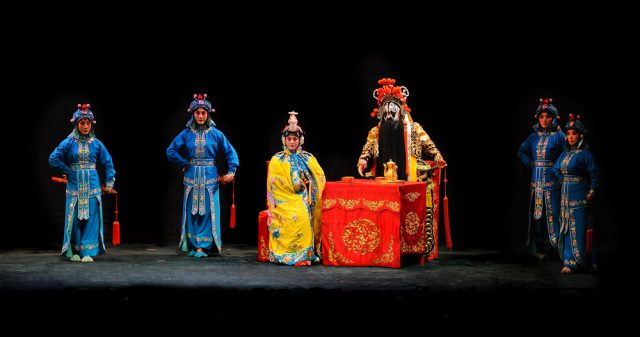 When I first witnessed a performance of Peking opera (the best-known form of Chinese opera, with Peking by the way being the traditional English spelling of Beijing) years ago in Beijing’s ornate, early-19th-century Huguang Guild Hall, I admit I was mesmerised by the gestalt of this elaborate art form. Unlike Western opera, it’s even more stylised, with exaggerated gestures, vocalisations, and heavily symbolic costume and makeup (and in some cases obviously extremely fakey beards!).

This most popular and widespread form of Chinese opera – which blends music, verse, mime, dance, and acrobatics but is fairly minimalist in terms of scenery and props – arose in the late 18th century and became fully developed by the mid-19th century. The characters are based on four basic personages, and the plots on Chinese folklore and history (though also increasingly on contemporary history, as well).

There are more than 1,400 works in the repertoire with various themes, such as The Peony Pavillion (below), Legend of the White Snake, and Mu Guiying Takes Command of Troops; some of the more popular recent works include the fairly recent Farewell My Concubine (top), based on a 1985 novel which was also made into a 1993 movie – the only Chinese-language film to win a Palme d’Or at the Cannes Film Festival, telling the story of two Peking opera performers from the 1930s through 1970s. 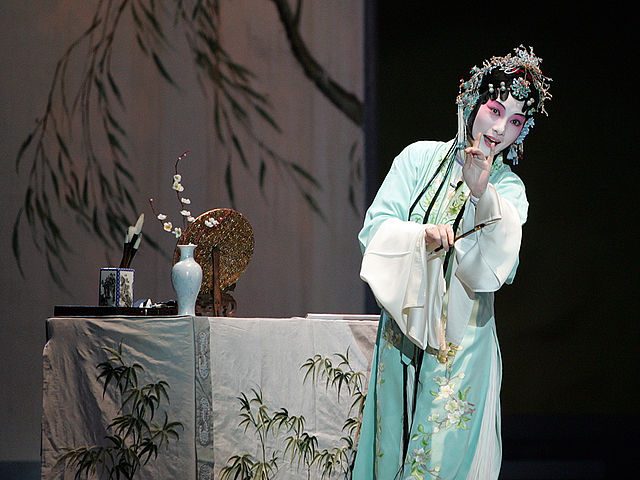 There are also literally hundreds of alternative/regional variations, including Huangmei, Kunju, Cantonese opera, Yu opera of the central Henan province; Min opera of Fuzhou in south China;  Qinqiang in northwestern Shaanxi; and Shaoxing of Shenzhou, south of Canton.

These days, the popularity of traditional Chinese opera is a mixed bag. It took a big hit during Mao Tse Tung’s cultural revolution, and while it has recovered in the decades since China’s re-opening to the world, it has certainly become a tourist attraction but among local audiences has had more limited popularity in the face of pop culture (even as has occurred with opera in the West, actually). Nevertheless, this revered art form still enjoys a premier position in Chinese culture and is truly a must-see if you visit any of China’s larger cities.