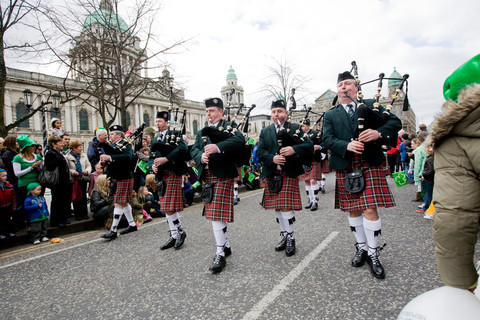 Most people think of the Emerald Isle in terms of the Republic of Ireland, from capital Dublin to iconic spots such as the Ring of Kerry, the Cliffs of Moher, Blarney Castle, and Galway.  But less well known – perhaps in part because it was off the tourism radar for many years thanks to the sectarian “Troubles” – is the six counties and 14,000 or so square kilometres (5,500 sq. miles) carved out of the Isle’s northeast corner, which has remained part of the United Kingdom to this day. These days, however, it’s been becoming increasingly popular as a destination – especially, it must be said, since many locations here were used to film the first three seasons of Game of Thrones (and you’d better believe they’re milking that one for all it’s worth). So here’s a quick primer… 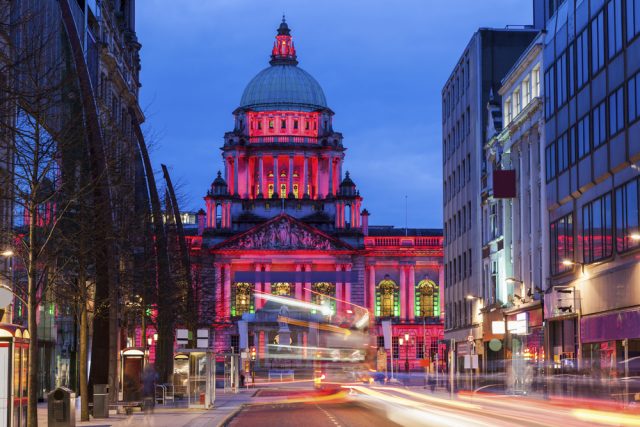 Most visitors of course start out in the capital (pop. 277,000, metro area 580,000 out of a Northern Ireland total of 1.9 million), on the east coast at the mouth of the River Lagan. After years of hard times, it has been undergoing something of a renaissance in recent years, and is now even considered one of the U.K.’s safest cities. It’s a city of handsome Victorian and Edwardian architecture, with a compact downtown with Donegall Square and the grand city hall (1906) in its hub. Other key sites include the Anglican, early-20th-century St. Anne’s Cathedral; the newish, much ballyhooed Titanic Belfast (a multimedia museum about the doomed cruise ship, built here); the Ulster Museum; the Stormont Parliament Buildings; and bustling, colourful St. George’s Market. The nightlife is vibrant around the Cathedral Quarter and Dublin Road areas, and you can still get an eyeful of the famous political wall murals from the time of the Troubles, in the Falls and Shankill neighbourhoods of West Belfast. 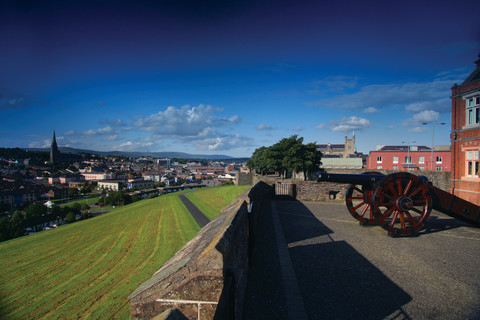 Astride the River Foyle, NI’s second-largest city (better known to Protestant U.K. loyalists as Londonderry) is predominantly Catholic; one of Ireland’s oldest settlements (dating back to a monastery founded in 546); and especially notable for its early-17th-century stone walls, the only complete city walls left in Ireland. Also amid a renaissance as a result of the “peace dividend”, this city of 84,000 (metro 91,000) has emerged as a young, vibrant, and cosmopolitan cultural centre, with redevelopment bringing new lustre to various parts of centre city. Musts to visit include the Tower Museum of city history; the 1890 Guildhall (home to the city council as well as history exhibitions); the 17th-century Anglican St. Columb’s Cathedral; and the mid-19-century Catholic St. Eugene’s Cathedral. The Bogside is also worth visiting, as home to testaments to the Troubles, including memorials, political wall murals, and the Museum of Free Derry. 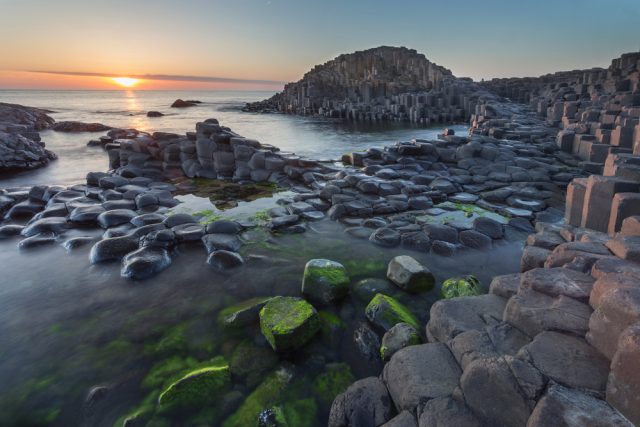 The rugged coastline up here boasts some of the most spectacular scenery in all of Europe, with dense forests, waterfalls, and dramatic castles and ruins. The jewel in the crown is Giants’ Causeway (NI’s single UNESCO World Heritage Site), an area of some 40,000 interlocking basalt columns, the result of an ancient volcanic eruption. Locations like Downhill Beach, Ballintoy Harbour, Murlough Bay, Cushendun Caves, and the Glens of Antrim appeared in Game of Thrones. Other notable sites in the region include Old Bushmills, the world’s oldest whiskey distillery, and Dark Hedges, the dramatic, beech-lined approach to a onetime estate near Ballmoney which many now recognise from its role as the road to King’s Landing in GoT.

Apart from all that, there is seemingly no end of natural landscapes, forests, lakes, lochs (here called loughs), caves, castles, and adventure sports options. All told, it’s quite an extraordinary cornucopia, and though still mostly off the tourist track, word is increasingly getting out. Come discover why.