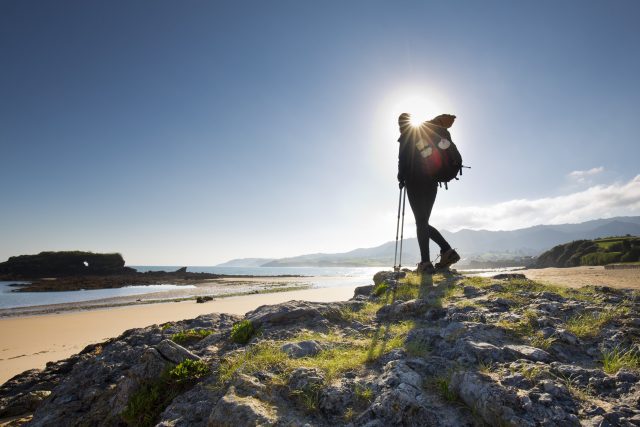 The Way of St. James, the mediaeval pilgrimage route from Paris down to Galicia‘s capital Santiago de Compostela, is famous for not just its spirituality but its history, culture, and pristine nature, making it one of the world’s most popular hiking routes.

The verdant principality of Asturias, right next door to Galicia, is home to the single longest stretch of the Way of any of Spain’s regions (some 230 to 300 kilometres/145-185 miles, depending on how you measure it). Crossing mountains, valleys, meadows, fishing villages, sophisticated cities, rugged coastline, and forests, there are actually two variations of the Way across the principality, the Northern Route and the Primitive Route, sometimes crisscrossing each other and each providing unforgettable experiences, whether you make the journey as a spiritual pilgrim, nature lover, history buff, culture craver, or some combination of the four. 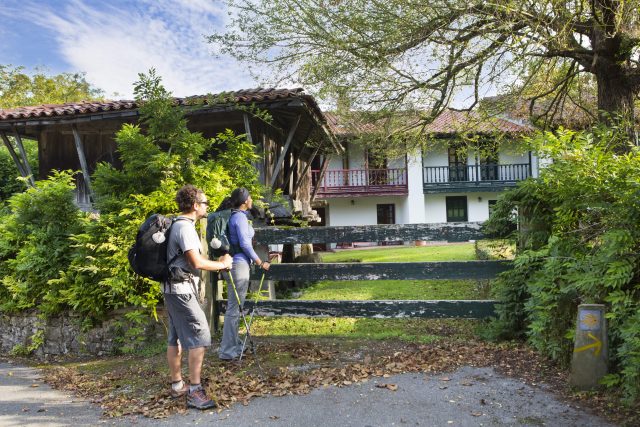 The Camino del Norte (Northern Route) has always been considered challenging and demanding of some degree of sacrifice, especially due to the ruggedness of its topography, split between mountains and coastline (in fact, it’s also known as the Route of the Coast), large cities, small fishing villages, and stretches of natural landscapes. Pilgrims have passed this way since the 10th century.

Enchanting highlights include Llanes, with its mediaeval old quarter and excellent beaches such as Sea Caves Beach; Ribadesella, at the mouth of the River Sella, another lovely fishing town where you must sit down for some of the freshest seafood you’ll ever eat; the imposing views out toward the Peón Valley from Villaviciosa or Niévares; and of course Asturias’ largest city, Gijón, with its traditional maritime districts, its museums, its broad city beach, and some wonderful cider pubs. Special mention is due to the towns and cities along the westernmost coast, each with their own particular personality, from the handsome old quarter of Avilés to the coastal trails of Navia and the postcard-pretty, hill-climbing houses of Cudillero. 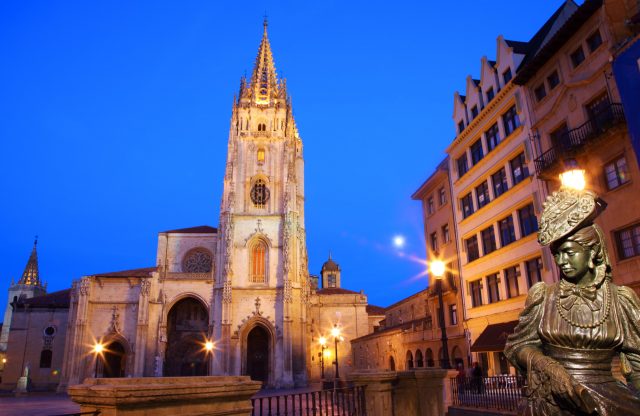 Less well known, the Camino Primitivo (“Primitive Route”, also referred to as the Original Way) is called that because it was the first known pilgrimage route, established in the 9th century by the then-kingdom of Asturias’ ruler Alfonso II the Chaste.

The route begins in the principality’s gracious inland capital, Oviedo (above), and winds its way through the bucolic hinterland to the township of Grandas de Salime, on the border with the Galician province of Lugo. It’s divided into seven stages, covering lovely landscapes including woodlands, pregnant with meditative silence, and tiny villages that will take you back centuries.

The key sites not to miss along this route include Naranco hill just outside Oviedo, with its evocative Romanesque church and hunting lodge; the 11th-century San Salvador Monastery in Cornellana; the majestic Tineo Mountains; ancient watermills which add an extra picturesque touch to their verdant surroundings; Corona Peak, which many centuries ago, when this was part of Roman Hispania, was the site of a gold mine; the reknowned Route of the Hospices, named after the ruins of five pilgrims’ hospices; and the rustic, iconic Capilla del Carmen (Carmen Chapel) in Grandas de Salime, built in the 18th century.

It’s all an amazing trove in every sense, and it’s waiting for you!

More information in English: TurismoAsturias.es; best fares from the UK, from the USA.