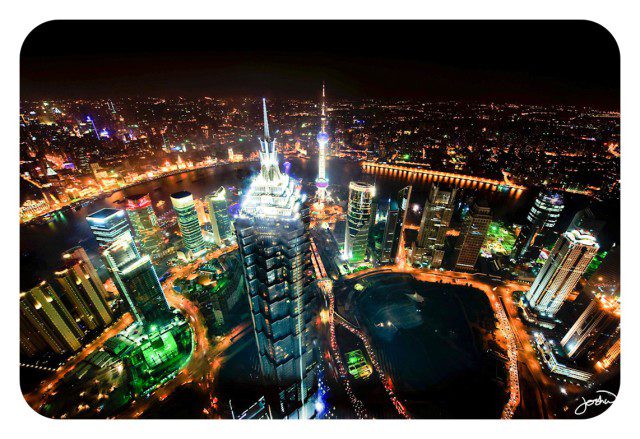 Back in the mid-1980s, when actor Christian Bale was very young, Steven Spielberg cast him to star in Empire of the Sun – and what a performance it turned out to be. It’s an early example of the increasing number films set in China’s biggest city, which has lately become so fascinating that I wonder if King Kong would choose one of its spectacular skyscrapers in the futuristic district of Pudong instead of the Empire State Building.

This blog has covered Shanghai before, of course. But here’s a look at the city on the Yangtse River delta through the lens of three memorable movies filmed here. And…rolling!

Quite a few of the scenes in this 2006 film were shot here, particularly the Bund, the handsome colonial-era avenue running along the Huang Pu River, as well as across the river in futuristic, highrise Pudong. Some specific locations:

This television tower is Shanghai’s third tallest building and the world’s fifth. It definitely stands out even in flashy Pudong – you’ll likely be filled with awe, standing before the two spheres and the fascinating architecture of the concrete structure, which makes it look like a rocket about to take off at any time. Inside you’ll find an observation area known as “Space Module”, which offers breathtaking views through a glass floor, as well as the city’s history museum.

Like two giants facing each other, the Shanghai World Financial Center stands next to the Jin Mao Tower, the consolation prize in this particular competition of heights. Jin Mao is undoubtedly one of the most special skyscrapers in Shanghai, and perhaps in the entire world – close to perfection in skilfully combining elements of traditional Chinese architecture with the purest post-modernity. Its structure curiously revolves around the figure 8, which symbolises China’s prosperity.

Another futuristic film using the suitable backdrop of Pudong, it treats viewers to a plentiful eyeful of the avant-garde architecture during the long walks of main character Theodore (Joaquin Phoenix), accompanied by the voice of Samantha the artificial intelligence (one of the specific buildings, for example, is the Oriental Pearl Tower, mentioned above).

(And if you’re wondering where the Theodore’s luxurious flat is – well, it’s not Shanghai, but rather the top floor of the WaterMarke luxury tower located in the heart of Los Angeles. Sorry.)

Empire of the Sun

An hour away from Pudong by metro, on the other side of the river, Shanghai Times Square is one of the city’s top shopping centres. And it was here that back in 1986 some of the scenes were shot for Spielberg’s World-War II epic set during the Japanese invasion of China. The nearby park Yanzhong Guangchang was also a location; you can get here on foot and relax from the hustle and bustle of the surrounding areas.

Charismatic Shanghai, evoking both the future and the past, both on and off the silver screen.