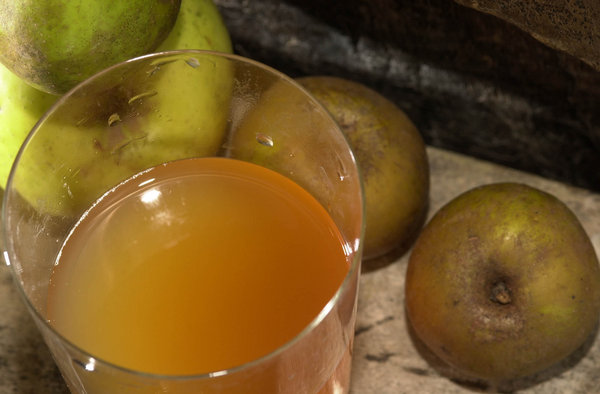 Several weeks ago I poured you some refreshing sidra (cider) from northern Spain’s Principality of Asturias. But as we move into autumn apple-harvest season (to be followed by peak cider-drinking season January through April/May), it also behooves me to mention the zippy stuff they brew a hundred kilometres or so to the east, in Euskadi (the Basque Country).

Also a tradition – if maybe not quite so widespread and intrinsic to Basque identity as it is to Asturians’, what they call sagardoa (literally, “apple wine”) comes especially from the apple-producing areas in Gipuzkoa province – convienently a hop and a skip (15-30 minutes’ drive) from Donostia (San Sebastián), making for a lovely day trip or afternoon. At the centre of the apple action is a trio of charming towns called Astigarraga (above, pop. 5,500), Ursubil (pop. 6,200), and the rather larger Hernani (pop. 19,000), all dating back to the Middle Ages and with plenty or natural and historic sights to offer visitors. 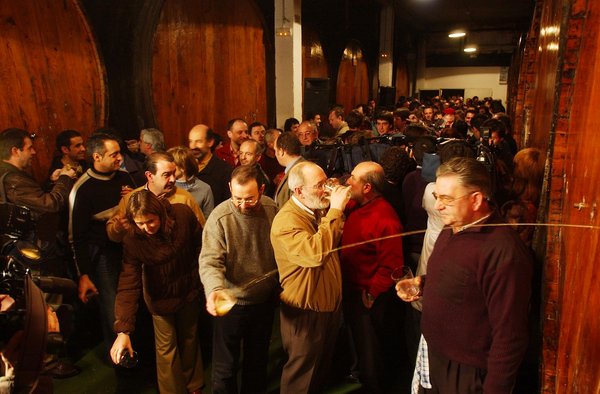 Uncarbonated, unsweet (frankly a bit on the tart side), and murky-gold, this brew is a classic aspect of Basque culture and cuisine, but sadly had entered decline by the end of the Franco era. However, it has bounced back with renewed popularity especially since the mid-1980s., and the best way to enjoy it is to head to one of local sagardotegi (cider house, plural sagardotegiak), where you tap your cider spurting right from the kupelas (barrels, giving it it a bit of aeration to perk it up) as well as chow down on local cuisine (a particularly traditional cider-house dish is tortilla de bacalao, salted cod omelette). Many cider are attached to cider mills which over tours and tastings, and are open just during the season, but one that’s open year round is Petritegi in Astigarraga.

Otherwise, cider is also bottled and served throughout the year in restaurants, pubs, and other venues across Euskadi (in this case the serving method to aerate the brew is to pour it from over the head into the glass, as they also do down the coast in Asturias).

If you’re especially fascinated by the whole thing, you can also make your way to Astigarraga’s Sagardoetxea (Basque Cider Museum), a colourful, multimedia, and of course highly fruity experience.

Best fares to San Sebastián from the UK, from the USA.