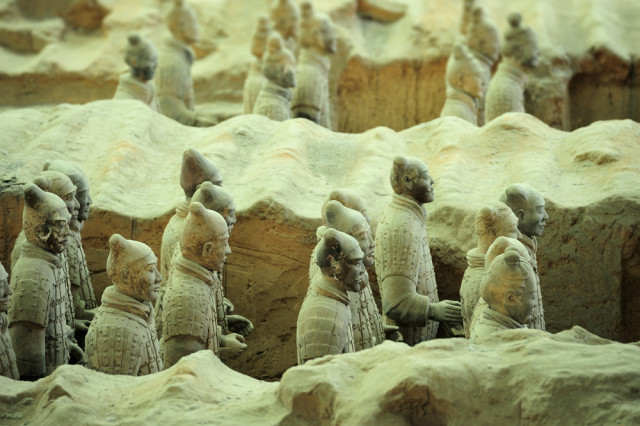 As Iberia launches service to Shanghai this week, it opens the door to a country teeming with astonishing sights and experiences. And though the megalopolis of Xi’an (pop. 13.6 million), on an inland plain in northwest China, is one of the Middle Kingdom’s oldest cities (dating back some 3,000 years, as well as one of its four great ancient capitals, under a dozen dynasties and 73 emperors). It was also the end of the legendary Silk Road trade route, and in many ways, Han Chinese civilisation was forged here in the city once known as Chang’an.

Time has erased some of this past glory, but there do remain hints of the grandiose past amid the modern hustle-bustle. The most obvious is the doughty, 14th-century city walls – the world’s largest (12 metres/39 feet high, and with a 15-m-wide/49-foot walkway atop where people stroll, bike, and take in events); you’ll also find a small museum up here, its centrepiece an unrestored wall gatehouse. The walls are illuminated at night, and there’s even a moat around the whole business.

Other key Xi’an landmarks open to visitors include another city icon, the early-8th-century Wild Goose (aka Big Goose) Pagoda, south of the old city walls, a multi-tiered but elegantly understated Tang Dynasty temple built to house Buddhist scriptures brought from India by a monk and still in active use. Other notable ancient structures worth visiting include the Taoist Eight Immortals Temple; the Buddhist Wolong Temple; the 2nd-century Famen temple; and the DaMing Palace National Heritage Park, a sprawling, newish site which showcases the remains of the Tang Dynasty palace dating back to the 7th century. 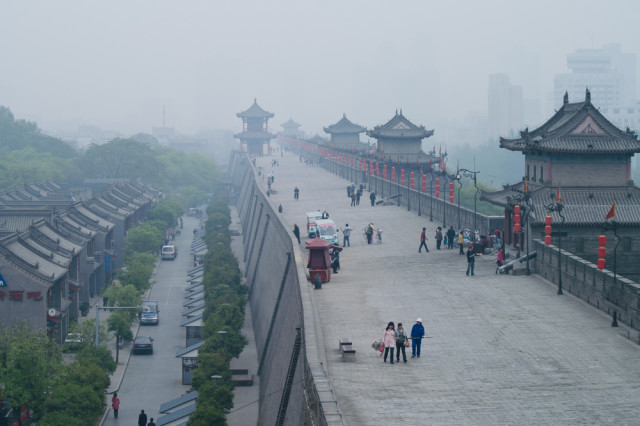 Another remarkable spot is the Stele Forest, a collection of 3,000 stone monuments that dates back to the late 11th century; in the centuries since, has been complemented by collections of painting, calligraphy, and historical items, all housed in a onetime – yes, yet another temple, this time Confucian.

That is a particularly unique example of the fascinating museums you’ll find in this city. Others include the Shaanxi Historic Museum, covering the province’s history from the Neolithic period through the Ching Dynasty, with lots of artifacts. Then for art lovers there’s the Xian Qujiang Museum of Fine Arts, a striking mix of ancient and modern, Chinese and foreign.

To me, however, one of the most distinctive aspects of central Xi’an is its Muslim culture and sites. The Silk Road connected then Chang’an to the Middle East, and thus this was the first Chinese population centre to be exposed to Islam – the practice of which was legalised here in the 7th century. Today there are some 50,000 Muslims, many of which live in the central Muslim Quarter, a delight to wander thanks not just to the various historical landmarks here but also the interesting shops and the street-food vendors hawking not just Chinese food but also Middle-Eastern-style eats featuring the likes of lamb and pita bread. There are also ten mosques in this neighbourhood, and a visit to the Great Mosque, founded in the 8th century, mixing Chinese architecture with Arabic influences. Unlike their more restive Muslim brethren in China’s West, the Uighurs of Xinjiang, Xi’an’s Muslims are far less restricted by the state in their practice of Islam – and in fact there’s something of a renaissance going on here.

Finally, the marquis attraction for which Xian has become perhaps most famous these days is located out in the countryside some 20 miles east of the city. Surrounding the mausoleum of China’s first emperor, Qin Shi Huang (as yet unopened, interestingly) is an enormous, UNESCO World Heritage necropolis built in the 3rd century BC which includes a trio of pits occupied by more than 8,000 lifesize clay figures of soldiers, courtiers, horses, and chariots meant to accompany the emperor in the afterlife. Standing in the enormous roofed enclosure that now shelters all this, staring out over this monumental work, is an honestly jawdropping experience.

Xi’an is 2 hour 40 minutes from Shanghai and a a half hour shorter from Beijing; best fares to Shanghai from the U.K., from Spain.