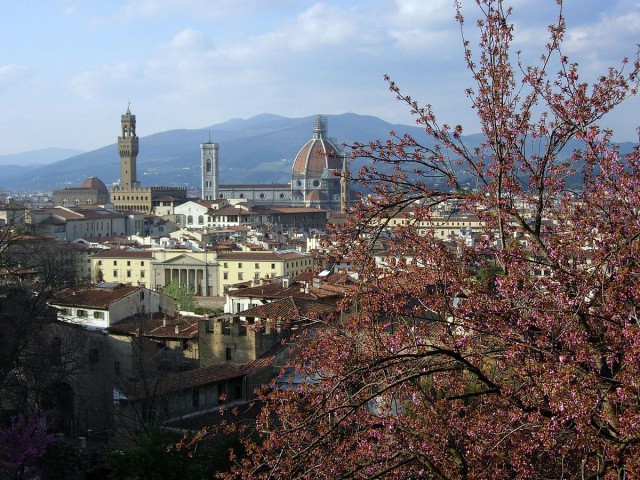 The amazing Tuscany city on the Arno River – among other things, flower of the Renaissance and Italy’s capital between 1865 and 1871 – is today far more than a museum city which astonishes with the likes of the Ponte Vecchio, the Duomo, the Uffizi Gallery, and Michelangelo‘s David. It’s a dynamic industrial and cultural power  buzzing with all manner of 21st-century creativity. But its glorious art – contemporary as well as classic – is still among the main reasons millions flock here every year. If you plan on being one of them this summer, here’s what’s in store:

Now that summer is here, Florence museums lengthen their hours and even admitting the public in the evenings. The Palazzo Vecchio, for example, stays open till 11 pm, and the Torre di Arnolfo till 9 pm (in both cases except for Thursdays).

A pair of absolutes musts, the Galleria dell’Accademia, and the city’s premier art museum, the Gallerie degli Uffizi (Botticelli, Caravaggio, Da Vinci, Giotto, Michelangelo, Titian), are both open until 10 pm through September 26th.

Others remain open late certain days of the week only, such as Fridays till 11 pm for the Museo Novecento (art of the 20th century) and the Gucci Museo (devoted to the legendary fashion house), whereas on Thursdays it’s the turn of the Palazzo Strozzi to stay open till 11 (these days the handsome 15th-century building hosts temporary exhbitions – this summer, through July 24, it’s “From Kandinsky to  Pollock: The Art of the Guggenheim Collections”). And the new Museo dell’Opera del Duomo, which displays more than 750 sculptures and 200 paintings from the likes of Donatello, Michelangelo, Andrea Pisano, and Andrea del Verrocchio, is open till 9 pm on Mondays, Fridays, and Saturdays. 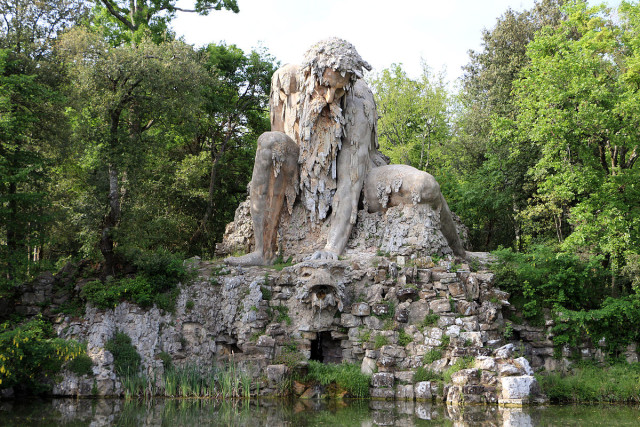 And of course summertime is outdoor-art time, and Florence boasts a number of lovely outside spaces such as the Parco Mediceo di Pratolino, a UNESCO World Heritage Site 13 kilometres (eight miles) north of city centre that’s only open April through October. The park is on bus line 25A, a 20- to 30-minute ride from Santa Maria Novella. Dubbed “the park of marvels”, the Pratolino is one of Tuscany’s largest parks, and pleases young and old alike with open-air sculptures such as Giambologna‘s craggy, 16th-century Giant of the Apennines (above).

Exploring the Other Side of the Arno

Though the bulk of Florence’s most famous stuff is clustered on the east side of the Arno River, crossing over the Ponte Vecchio takes you to the west-bank quarter known as Oltrarno,  a working-class area with its own illustrious history, and of late gentrifying and even becoming rather trendy.

The major landmark over here is the Palazzo Pitti, and the major hub the Piazza Santo Spirito. Nearby, along the Via di Santo Spirito and  Borgo San Jacopo you’ll find small boutiques specialising in threads both vintage/second-hand and by up-and-coming designers, along with antiques shops; on the piazza there’s also the Mercato Santo Spirito the second Sunday of each month, specialising in arts, handicrafts, and foodstuffs. 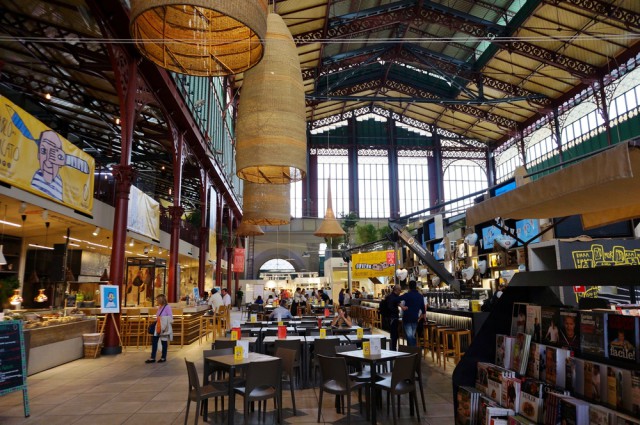 One particular Oltrarno destination for true culture vultures is the Villa Bardini, on a hill near the Pitti and across from the Boboli Gardens. Along with a pair of fine restaurants, Moba and the eponymous Bardini Ristorante, this splendid, 60-room villa dating from the mid-17th-century has been renovated as a cultural centre, home to a pair of specialised museums – dedicated to fashion designer Roberto Capucci and painter Pietro Annigoni. It also hosts temporary exhibitions, and this summer through September 18th, it’s all about 20th-century painters (and brothers) Antonio and Xavier Bueno, Italians of Spanish parentage. Their last name, means “good”, and these guys were very good indeed, each with his own distinctive modernist style. Check out the lovely gardens and the even lovelier views over the Arno and Old Town Florence (top).

Fantastic Feeds at the Mercato Centrale

What’s Tuscany – and Florence – without good eating? Amid the multifarious ristoranti, tratorrie, and osterie, one scrumptious and colourful option is the Mercato Centrale (above), the covered public market on Via dell’Ariento near the Santa Maria Novella train station. Built in 1874, this classic market has kept up with the times and offers visitors a delicious mix of the “slow-food” bounty of Tuscany, its farmers, and its culinary artisans. You can both shop for food products and sit down for prepared meals, and sometimes there’s musical entertainment, special events, and tastings to make the whole experience even more of a feast for the senses.

Best fares to Florence from the USA, from Spain.