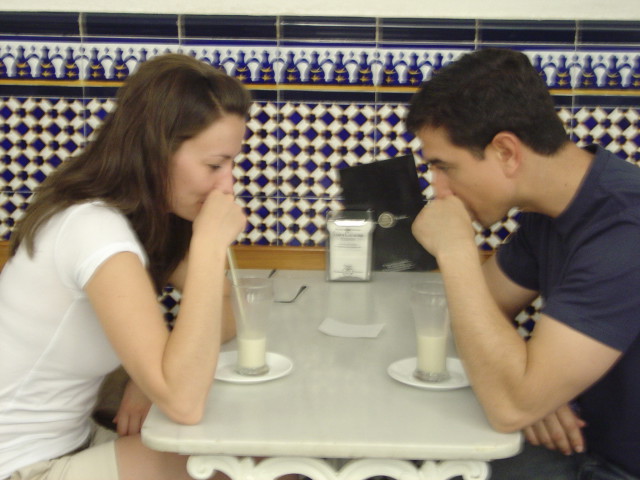 To most non-Spaniards, the historic city and region of Valencia is most famous for paella and oranges. There is, however, and incredible edible número tres you may not have heard of.

Even though it’s popular throughout Spain, for whatever reason the drink called horchata generally doesn’t seem to travel so well beyond the borders. Some in the U.S. West familiar with Mexican cuisine know horchata as a cinammon-laced, rice-based drink. Not so in Mexico’s mother country. Here it’s all about nuts.

Tiger nuts, that is (chufas in Spanish, xufes in the Valencian variant of Catalan; pictured below), here it’s a usually sweet, almost but not quite milky elixir with a unique taste that’s a little tricky to describe, but practically every Spaniard grows up with it, and it’s ubiquitous in bars, ice-cream shops, and more from Barcelona to Badajoz. 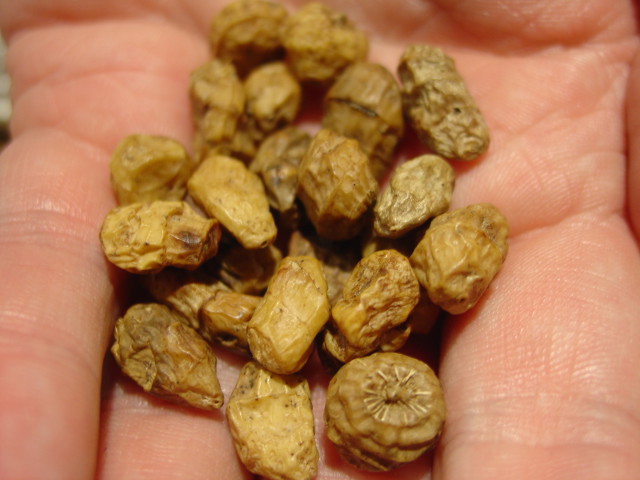 Sometimes an establishment goes so far as to specialise in the stuff, and horchaterías are particularly thick on the ground in and around the city of Valencia. Of the several historic examples in the medieval old town, just a block away from La Seu cathedral, the Santa Catalina (below) is more than a century old, and by far the most atmospheric, lined with colorful historic murals in the Manises ceramic tile for which this region’s also famous. It’s an eatery with a full menu and wine list, but the specialty is of course horchata — in traditional cool liquid, semi-frozen slushy, or even ice-cream form — typically accompanied by sugar-dusted local pastries like fartons (pictured below) and ensaimadas. Another classic favorite, a couple of blocks away, is El Siglo, also quite venerable and popular but not quite so aggressively decorated. 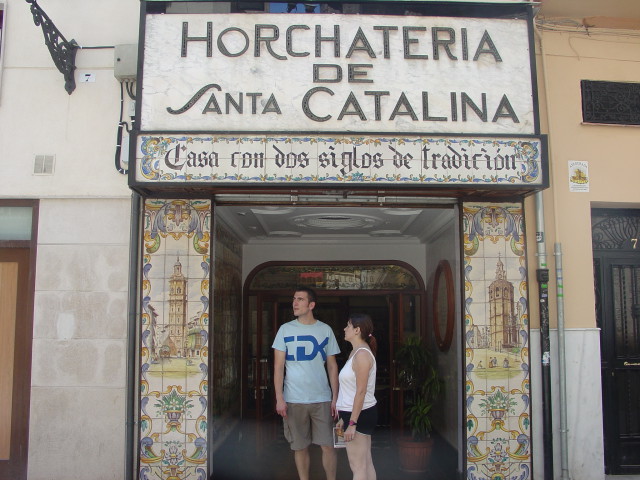 For more of a 21st-century gourmet take on the staff, you’ll also find a few of the city’s haute chefs mixing the stuff into their culinary creations, such as Alejandro del Toro at his eponymous restaurant; Jesús Ortega at his funkier, more casual LaLola; and Iñaky Vergaz Abad at Tahine; the drink, naturally, is most adapted to desserts, but I had a dandy duck with a delicate horchata sauce recently at LaLola. 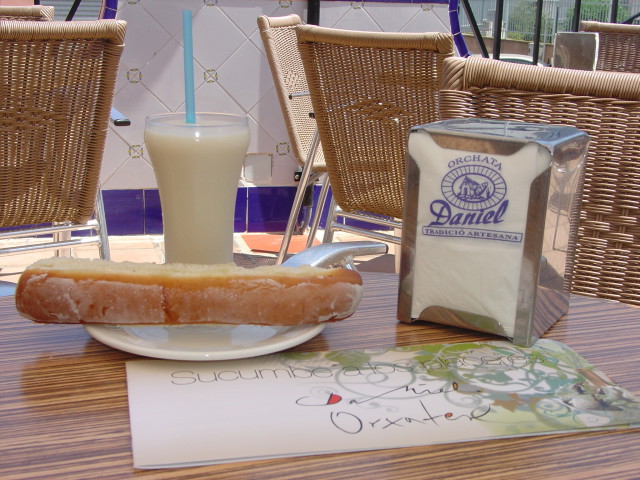 If you’re really interested in the subject, you can hop on the metro for a 20-minute ride to the outlying town of Alboraia (also spelled Alboraya), traditional center of the chufa-growing and horchata industry. Out here a farmhouse has been converted into El Machistre, a chufa museum complete with fields where you can see how the little buggers grow. Here in town, Horchateria Daniel (above, with two central locations) is the place to enjoy the final product along with fartons and other tasty pastries.

So paella, schmaella, as we would say back in New York — it doesn’t get more Valencian than horchata.

Best fares to Valencia from the U.K., from the USA.