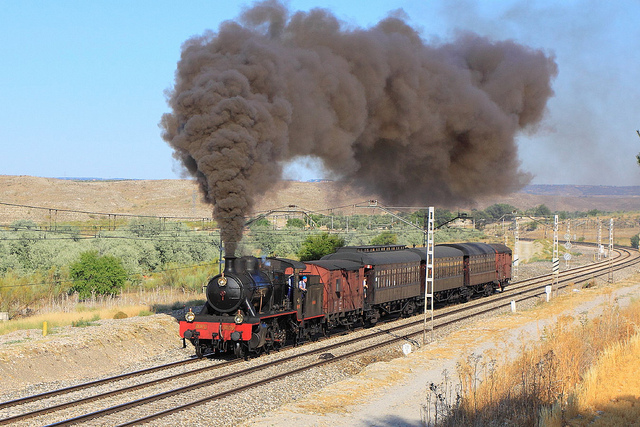 Did you know that the very first train in what is today the Community of Madrid, the region surrounding Spain’s capital city, was one built in 1851 to connect Madrid to Aranjuez, a town that was a spring and autumn retreat for the royal family? (It was also, by the way, the second train to debut in the entire Iberian Peninsula.) It was dubbed El Tren de la Fresa (the Strawberry Train), because of the strawberry fields it passed en route.

Train and history buffs, families, and really just about anyone will be delighted to learn that antique train (from the early 20th century) also called the Tren de la Fresa was resurrected some years ago, and plies the original route during several months of the year (late April to early July and mid-September to mid-October).

The once-daily journey starts at 10 am from Delicias Station’s Museo de Ferrocarril (Railway Museum) at Paseo de las Delicias 61, several blocks down from Atocha Station. The hourlong ride to Aranjuez’ neo-Moorish railway station. Staff is in period costume, and you’ll get to sample some of the tasty strawberries for which the region is famed, and the train is named. The return ticket price is 30 euros for adults and 15 euros for children over 4 years. It includes transfers between the Aranjuez station and the area with the historic palaces and gardens; a guided tour of the royal palace; admittance to the Falúas Reales (Royal Barges) Museum; and half-price admission to the bullfighting museum.

Kids will be enchanted, and so will the kid in you!