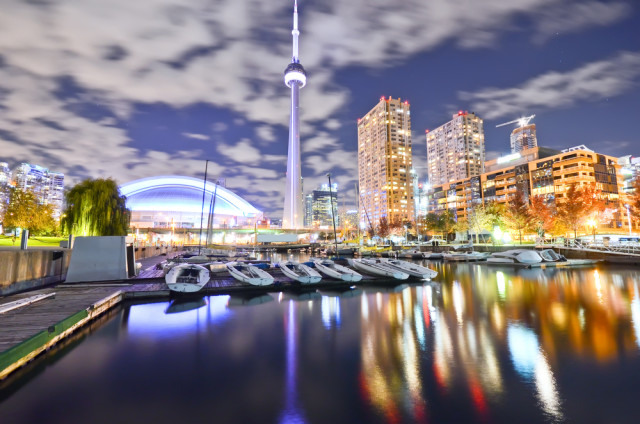 Why do I love Canada’s biggest city and metropolitan area so much? Well, I’ve had the privilege of experiencing many, many of the world’s biggest, but this sprawling charmer on Lake Ontario (pop. 2.6 million) feels unique to me in the mix of urban, progressive excitement and diversity of a first-tier, world-class city while never feeling overwhelming. And all with a liberal dose of that famous Canadian friendliness and civility.

It’s not that Toronto‘s classic tourist “sights” are quite as compelling as those of, say, New York City, London, Paris, and Barcelona. Here the marquis attraction of that sort is the CN Tower, the world’s third tallest at 447 metres (1,465 feet) high; of course it affords sweeping views out over the city and lake (and on clear days all the way out to Niagara Falls) from several observation decks – including one with a glass floor which can be vertigo-inducing for some.

And there are some low-key gems to be ferreted out, as well – especially when it comes to 19th-century architecture and historic sites. A few blocks north of the bustling downtown there’s Casa Loma, a crenellated Edwardian-era castle built by a local businessman and philanthropist, and the 1893 Ontario Legislature building, open for tours, while Fort York (below) on downtown’s west end dates back to 1793 and most of its current buildings to 1813. Farther west still, Black Creek Village is an 1860s-era created town with more than 40 buildings manned by staffers in period dress. Right near Casa Loma, the Spadina Museum is a restored mansion that showcases the 1920s and 1930s. 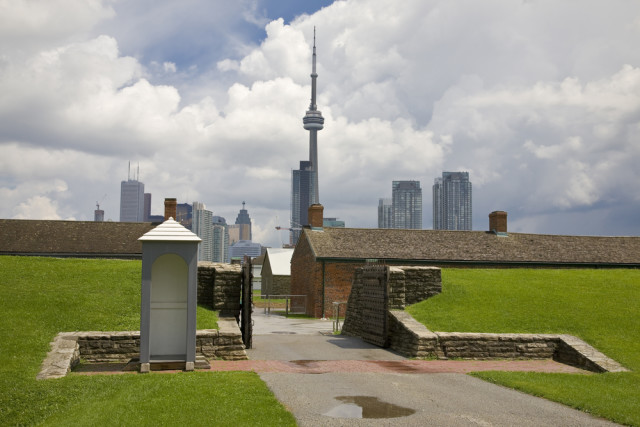 Speaking of museums, if you’re a museum maven, there are more than two dozen remarkable examples covering a huge range of subject matter. Several of the more unusual examples include the Museum of Inuit Art and TD Gallery of Inuit Art, focusing on the Arctic peoples once commonly called Eskimos, as well as the Bata Shoe Museum, a wide collection of more than 13,000 historical shoes through the ages, mounted on Bloor Street by the international Bata Shoe Company (ah, if Imelda Marcos could see it now!). And if you’re a fan (as so many Canucks are), the Hockey Hall of Fame on Yonge Street is sure to be a biscuit in the basket!

Excellent standout examples of more conventional museums include the Royal Ontario Museum, covering natural history and world cultures; the contemporary Art Gallery of Ontario; the Gardiner Museum of ceramic art; the Ontario Science Centre; the Museum of Contemporary Canadian Art; and the Aga Khan Museum of Muslim art and culture. 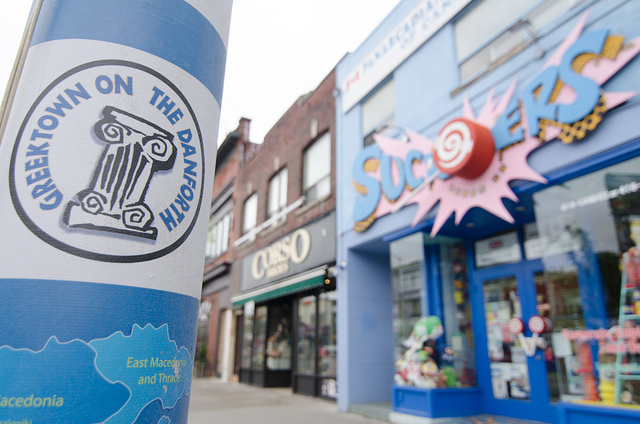 There are also several very good family attractions, including the Toronto Zoo, home to more than 460 species; the new Ripley’s Aquarium of Canada, with more than 16,000 marine critters; and a 40-minute drive north of the city, Canada’s Wonderland, an amusement park with more than 200 attractions.

But perhaps little showcases Toronto better than its neighbourhoods. Beyond the central districts of Downtown Yonge, the Financial District, Bloor-Yorkville, Harbourfront, and Queen West, the city’s multicultural diversity is on full and delicious display in Chinatown, Koreatown, Greektown, Little Italy, Little Poland, Little Portugal, Little India, even Little Tibet. And for LGBT visitors, the Gay Village here is one of the great queer destinations of North America, with a late-June Pride festival that’s one of the world’s best of its kinds. 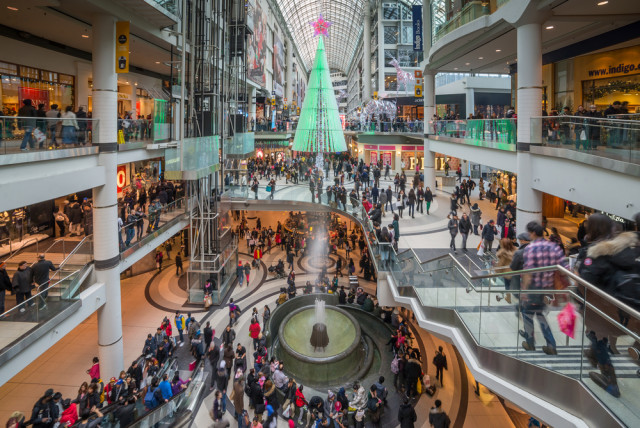 In addition to superb culture, dining, and nightlife, Toronto shopping is something else, and here an especially honourable mention goes to the Toronto Eaton Centre (above), an iconic downtown mall/office complex with five floors and nearly 300 stores – much of which is underground! In fact, it’s the city’s single most popular tourist attraction, too.

And if you have enough time, there are several excursions out of the city proper, starting with the closest/easiest, a ferry ride to the five Toronto islands, charming, old-timey, and car-free, with beaches, a kiddie theme park, and recreational facilities. Niagara Falls is a 90-minute drive away, and not far from the falls, many visitors also love Niagara-on-the-Lake, a historic and cultural town on the south shore of Lake Ontario.