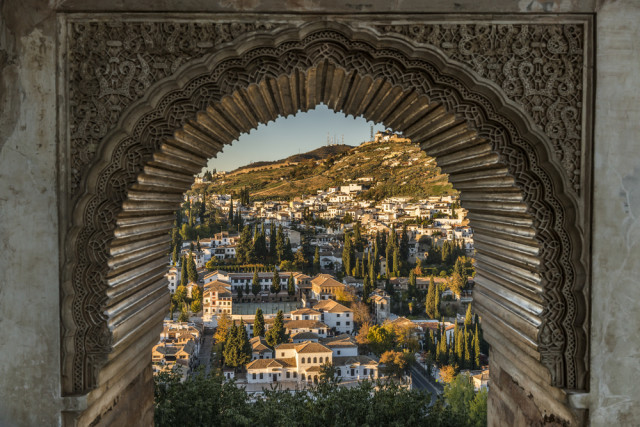 Back in the 1960s and 70s, a famous Spanish tourism tag line proclaimed: “Spain is different”. And one of the things that does indeed make this country different in a key way from the rest of Europe is the fact that only the Iberia Peninsula was largely occupied, for up to 781 years (depending on the region), by invaders of an alien civilisation: the Muslim lands of North Africa. Inevitably, this experience left a deep mark on the kingdoms that eventually became Spain, including many Spanish words and place names; musical and other cultural traditions; and architecture that is like an exotic fantasy come true.

Beginning with the 711 AD Battle of Guadalete in present-day Cádiz and ending in 1492 with the final defeat of the emirate of Granada by the Reconquista of King Ferdinand and Queen Isabella, dynasties such as the Ummayads, Almoravids, Almohads, and Nasrids engulfed much of the peninsula all the way up to present-day Asturias – a domain loosely known as al-Andalus. Coming to be known as moros (Moors – not “Moops”, as Jerry Seinfeld would’ve had it), depending on the era, the new rulers did sometimes treat their conquered subjects harshly, but more often fostered a tolerance and enlightenment that made this Europe’s most progressive, educated, and multicultural civilisation of its day, while the rest of the continent was mired in the Dark Ages (in fact, the Moors facilitated the introduction of many advanced concepts and inventions into Europe).

To catalogue the remaining vestiges of Moorish civilisation in Spain would take an entire book – not even mentioning the enless additional examples of Mudéjar and neo-Mudéjar architecture (Moorish-design-influenced structures built in the years after 1492). So all I can hope to do here is highlight the top absolute must-visits dating back to those key seven-plus centuries, to gain a proper understanding of Iberian history and lay eyes on some of the most astonishing sights you’ve ever seen. Much of it is of course in Andalusia, since this is where Moorish rule lasted longest, but Spain Islamic sites are found much farther north, as well.

Once, much of the peninsula was under the Caliphate of Córdoba, and this city Qurṭubah (conquered in 711, conquered back by the Castilian 1236) was its capital, with public amenities unheard of north of the Pyrenees Mountains, such as paved streets, elevated footpaths, and street lamps. Today, much of the historic centre retains the mediaeval look it had under Moorish rule (711-1236), particularly the Judería (Jewish quarter) with its narrow lanes and whitewashed buildings.

One of Spain’s most spectacular interiors – with its forest of columns and striped arches – is that of the Mezquita (above), a girnormous mosque dating back to the 8th century; today these are largely preserved but carved out in the middle is a choir, altar, and other accountrements of what now serves as the city’s Catholic cathedral. Another huge landmark lies just outside the city: the Medina Azahara, ruins of a 10th-century caliph’s palace. And alongside the Roman Bridge over the Guadalquivir River, the crenelated, 12th-century Calahorra Tower houses a museum devoted to coexistence between Christians, Jews, and Muslims. Finally, you can get a marvelous little first-hand taste of the Moorish experience at Hammam Al Ándalus. 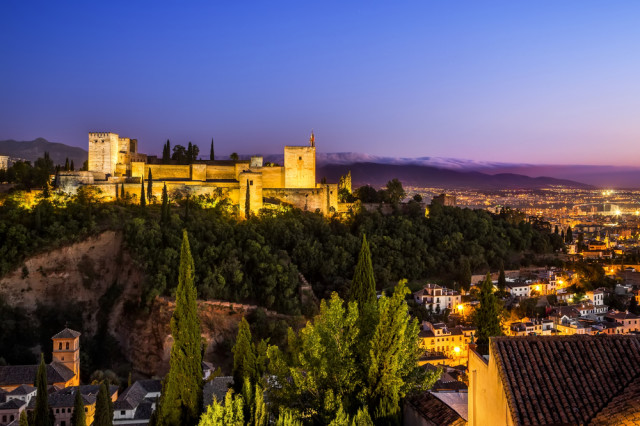 The capital of the last emirate of Al-Andalus is the first place anyone interested in Moorish Spain should prioritise, thanks especially to its astonishing pair of hilltop palace complexes. The Alhambra especially is 1,001 Nights come to life, with elaborate patios, fountains, and halls filled with elaborate adornments that tend more toward the delicate/refined than the bombastic. Next door, the Generalife summer palace pumps up the volume on the H₂O, with elaborate fountains, pools, and watercourses.

Just across from them, the Albaicín (top) is a mediaeval maze of cobbled lanes which actually more than its counterparts in other Spanish cities still feels overtly Moorish thanks to the tea rooms and shops hawking North African paraphernalia; another similar area is the Alcaicería, the onetime silk market. In addition, you can check out the Madraza Palace, an Islamic school now part of the University of Granada; the 14th-century Corral de Carbón, originally a lodging house for merchants; and the remains of a Moorish bath complex called El Bañuelo (and as in Córdoba, you can also get a taste of what it might’ve been like back in the day at a recreated version called Hammam Al Andalus, where you can soak in pools, get a massage, even be entertained by belly dancers). 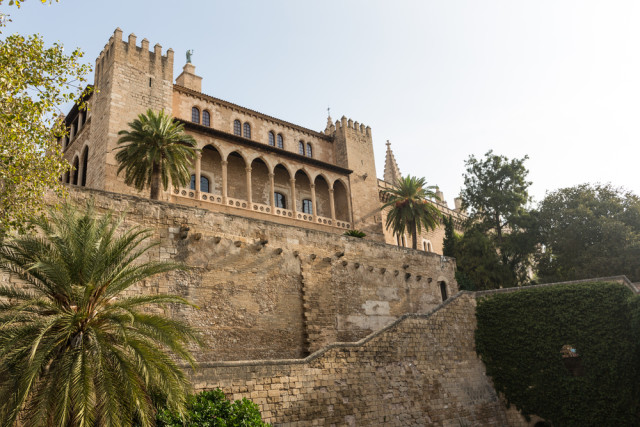 The four Balearic Islands off Spain’s northwestern coast were considered prime strategic assets because of their position on trade and military routes, and their capital on the island of Majorca was Medina Mayurqa for more than 300 years before being conquered by the king of Aragon in 1229. Among its most striking edifice the Almudaina Palace, based on a Moorish fortress and still used by Spain’s royal family. Al Mudaina (aka the Barri Àrab, the Arab Quarter) is a mediaevel warren of streets with little in the way of overtly Moorish vestiges except for the single-room, horseshoe-shaped Banys Àrabs, lit by a cupula and oculi. And several kilometres outside the city, the Al-Fabia Gardens is another impressive celebration of water and greenery.

The symbol of this city is the statue crowning the massive cathedral’s bell tower, La Giralda – which also happens to be the erstwhile minaret of the great mosque which stood on this spot when Seville was Ishbiliya (712-1248). Another extant tower, from the early 13th century, is the Torre de Oro, a military watchtower on the Guadalquivir River which now houses a naval history museum. But the real treasure here is the Alcázar palace (above), a UNESCO World Heritage Site which is the oldest royal palace still in use, and is also considered Spain’s best preserved Islamic landmark (it made an appearance in Ridley Scott’s Kingdom of Heaven).

Quite a few other towns still have notable remnants of the Moorish presence, such as the Extremadura city of Badajoz, founded in 875 by a muladi (a of mixed Moorish/Iberian descent). One of its most distinctive and popular landmarks is the Alcazaba, a citadel built in the 9th century and given its current incarnation in the 12th, along with later Mudéjar structures; among other things, it now houses the provincial archaeological museum.

The Baños Árabes (Arab Baths) Andalusia’s olive oil capital, Jaén, dating back to the 10th century, are the largest and best preserved of their kind in Spain (fun fact: unlike many other ancient Spanish cities, its very name comes from the Arabic khayyān, meaning “crossroad of caravans”). These four-room baths are located in the basement of the late-16th-century Villadompardo Palace, also home to the Museum of Art and Popular Traditions as well as the Manuel Moral International Museum of Naïve Art.

In the old quarter of Toledo, high above the Tagus River in Castile, there isn’t all that much left of Muslim Toleytalah (711-1085). The hulking Alcázar was founded as a Moorish fortress, but after the Reconquest was largely rebuilt beyond recognition. You can, however, still see a little closer to their original form: a mosque built in 999 and converted into a chapel, Cristo de la Luz; the mid-11th-century Tornerías Mosque, now an arts and crafts centre; and an 11th-century gate in the old city walls, the Puerta Bab al-Mardum.

Finally, in Aragon’s capital Zaragoza,  the parliament of the Aragonese autonomous community meets (but tours are also offered to the public) in the 11th-century Aljafería Palace (above), Spain’s most impressive Islamic building outside Andalusia, with alterations and an entire palace annex added after the Reconquest.