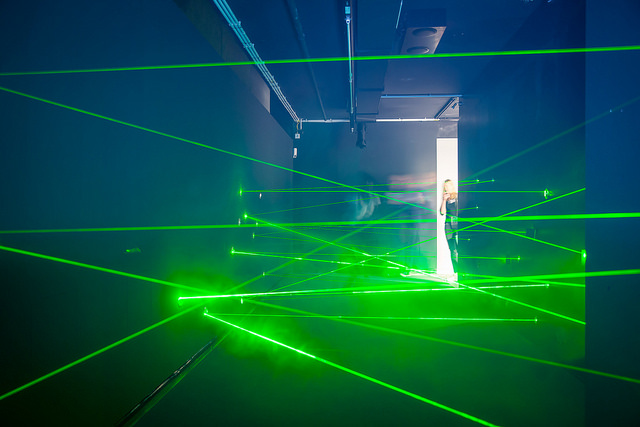 Germany‘s capital is of course one of Europe’s coolest cities. But back during the Cold War (1945-1989), Berlin was, more than that, a hotbed of espionage, divided politically into the Communist east and a West Berlin hemmed in by an ugly cement wall. What better place for the new Spy Museum Berlin/Welt der Spione, inaugurated on Leipziger Platz this past September?


Stasi! KGB! CIA! M6! Escapes over the Berlin Wall! All that and more, presented in an exciting, multi-media, interactive way designed to appeal to the special-effects-orientated, digital generation (the laser room, above, is a special favourite). Artifacts, too, like spy pipes and pistol-packing Bulgarian umbrellas. It also goes way back before the 20th century, to biblical times and the Roman Empire (for example, the cipher technique invented by none other than Julius Caesar and still in use today).

And of course, keep in mind that you yourself are being spied upon from the moment you enter the museum. Smile, you’re on infrared candid camera!