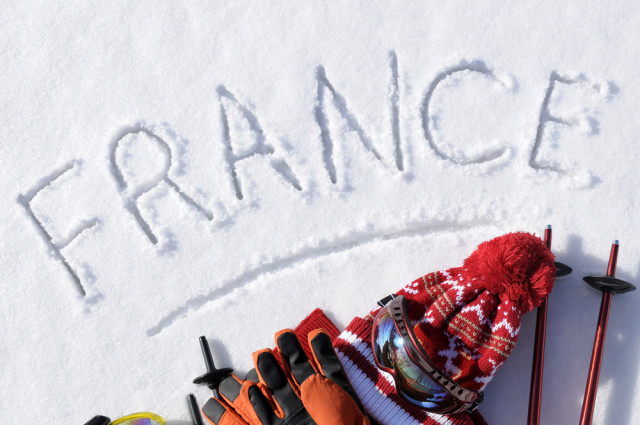 Why ski France? The resorts aren’t always the prettiest or most atmospheric compared to small postcard towns in Austria or Switzerland. But what France does have is a huge variety of skiing, ranging from some wide and gentle slopes around Courchevel to the rocky challenges of Chamonix.

This is also skiing at high altitude, which makes a handful of the French resorts some of the most snow-sure in the Alps. Val d’Isère, for example, has its new Snow Factory, which provides the most extensive snowmaking in Europe.

Then there’s the sheer size of the ski areas – for example, in the Trois Vallées you can stay for a fortnight and never ski the same run twice. All of the resorts I’ve included below are part of giant ski circuses and have some of the most reliable skiing conditions. They also have a wide choice of restaurants, ski schools and places to stay.

One of France’s oldest resorts, back in 1934, an engineer called Pomagalski invented the drag-lift here just days ahead of Davos in Switzerland, and this resort was also one of the venues for the 1968 Winter Olympics. Today it’s the hub for one of France’s largest ski circuits.

The large, architecturally plain resort has plenty of high-altitude, snowsure skiing. The lift system, with 250 km (155 mi.) of piste, extends down to Vaujany and other smaller and more pleasing resorts in the nearby valleys.

Eat: There are more than 20 mountain restaurants in the area, including the cosy and welcoming Chalet du Lac Besson,  set above the cross-country track.

Stay: Le Cristal de l’Alpe is a recently-built MGM residence with a swimming-pool and spa.

Après: On piste is a branch of the lively Folie Douce of Val d’Isère fame. 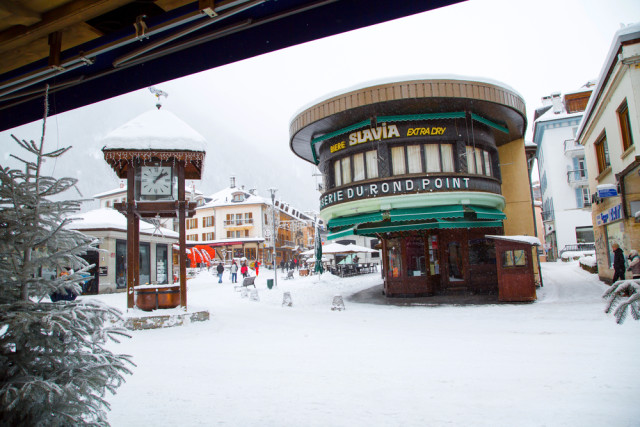 One of the giants of the ski world, the aspiration of every expert skier and snowboarder. It’s where you go once you have the obligatory expertise and courage to cope with this astonishing ski area and its challenges.

The town of Edwardian villas and grand old hotels is located at the foot of the Mont Blanc, surrounded by dramatic scenery. The nearby village of Argentière, where some of the best skiing actually starts, makes a smaller and quieter base. However, none of this is a destination for beginners and intermediates looking for gentle skiing.

Learn: People don’t generally come here to learn, in fact they are more likely to hire a mountain guide for the day, which can be booked through the Association Internationale des Guides du Mont-Blanc or Compagnie des Guides de Chamonix (www.chamonix-guides.com).

Eat: Le Cap-Horn is a restaurant/bar in a beautiful old building with a different theme on each floor. Downstairs is a jazz bar, on the first floor is Cap-Blanc, which is Japanese, whilst on the top floor is Le Cap-Horn seafood restaurant.

The most glamorous resort in France, Courchevel 1850 is a glittering village of lush hotels and chalets, designer boutiques and Michelin-starred restaurants. It is linked on piste to Méribel, Val Thorens, Les Menuires, and the rest of the giant (stretching 600 kilometres/373 miles) Trois Vallées area. It also has some of the world’s best beginner and intermediate skiing.

It’s possible to make a holiday here more affordable by staying in one of the lower, less opulent Courchevel villages such as Courchevel Moriond (1,600 metres/5,249 feet), Courchevel Village (1,550 m/5,085 ft.), or Le Praz (1,300 m/4,265 ft.). They are lower down the mountainside but linked by piste and lift into the same impressive ski area.

Learn: Children in ESF classes are given a special waistcoat with an electro-magnet on the back. This locks on to another magnet on the chair, making it impossible for a child to slip under the safety bar.

Stay: Hotel Le Saint-Joseph for understated luxury in 1850, or one of the many reasonably-priced Le Ski chalets in Moriond.

This chalet-style resort is at the very heart of the Trois Vallées area, and some would say that makes it the most convenient base. English colonel Peter Lindsay founded Méribel in 1938, and decreed that all development should be built in wood and stone; his wishes have been more or less followed over the years.

The sprawling resort stretches between different villages up the mountainside. It covers the main base of Méribel Centre at 1,450 m (4,757 ft.), connected by gondola to the spa town of Brides-les-Bains. Méribel Village at 1,400 m (4,593 ft.) is linked by chair-lift into the ski area. The highest village of Méribel Mottaret (1,750 m/5,741 ft.), is a convenient base for anyone wanting doorstep skiing and the most reliable snow cover.

The main drawback here is the resort’s huge popularity, which means that pistes can be crowded. To avoid them, ski first thing in the morning, later on in the day and through lunchtime, and make sure you discover the far corners of the ski area.

Eat: For the best lunch in the area, ski to La Bouitte in the hamlet of St-Marcel near St Martin de Belleville. Be sure to book in advance.

Après: The Rond-Point is the main hub for après-ski in the upper part of Méribel Centre.

I’ve included this because it’s the single most popular resort in France. Why? You may well ask – it’s the biggest but by no means the most beautiful. However, it does cater for all tastes. You can stay relatively cheaply or you could splash out on a chic apartment.

The giant ski area is made up of ten mainly purpose-built villages set at different altitudes above the valley town of Aime. It’s important to choose the right base, since Alpine charm is in short supply in a couple of the higher villages.

The skiing is linked by cable-car to Les Arcs and together they form Paradiski, one of the most extensive ski circuits in the world with 383 km (238 mi.) of piste. The skiing suits high-mileage cruisers, beginners, families, and – surprisingly – there is also some sensational off-piste skiing here.

Learn: Oxygène in Plagne Centre is for everything from beginner classes to off-piste guiding.

Eat: The restaurant at Hotel Carlina in Belle Plagne is open for lunch and dinner and offers a varied menu using local ingredients.

Après: This is not a resort known for its nightlife. However, there are a few bars in each village, including Igloo Igloo in Plagne Centre, and La Mine in Plagne 1800.

Fly: Geneva or Lyon (details below).

This is not a cheap resort either – it’s up there with Courchevel, the Trois Vallées and other world-class destinations. But its fans wouldn’t dream of skiing anywhere else, and feel that Val and adjoining Tignes have the best off-piste skiing in Europe. The 300 km (186 miles) of piste skiing isn’t bad, either!

The village, which stretches along the road from purpose-built La Daille to the farming settlement of Le Fornet, has improved its appearance in recent years and is now an attractive destination. Focal point is Val Village, a cluster of old-style buildings created for the 1992 Winter Olympics around an 11th-century church and a handful of genuinely ancient farmhouses.

Learn: There is a choice of 18 ski schools here, including Progression Ski.

Eat: Val d’Isère is unquestionably a world-class ski destination, but until recently it was not great on restaurants. However, that has changed with the opening of Le Yule, on the edge of the piste, with delicious gourmet fare.

Après: The Folie Douce on the mountain or Cocorico. Much later, go to Dick’s Tea Bar  in town.

Fly: Geneva or Lyon (details below).