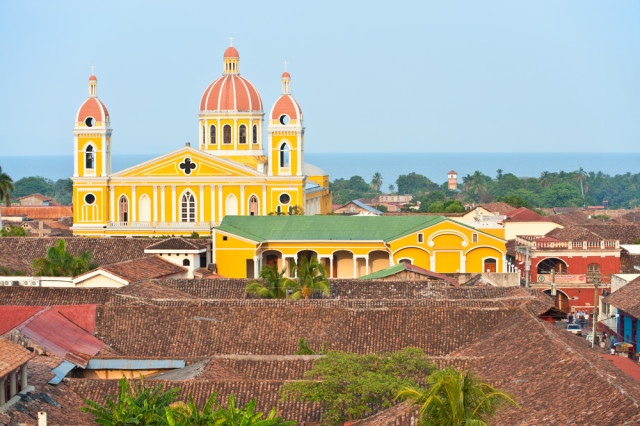 One of Central America’s most atmospheric cities, named upon founding in 1524 after the original Granada in southern Spain’s Andalusia region, this city on the shores of Lake Nicaragua (aka Lake Concibolca) in the west of the now peaceful country of Nicaragua is the oldest on the the Americas’ continental mainland. About 40 minutes by road from capital Managua and its airport, this Granada (pop.  1118,000) is also one of CentAm’s loveliest and most popular with visitors (quite on a par with its colonial sister capital Antigua, Guatemala).

And like Antigua, its main draw is an atmospheric collection of colonial and Victorian/Edwardian-era buildings, cobblestone streets, and squares which managed to survive or be rebuilt after the burning of the city by the forces of American freebooter William Walker, who usurped the presidency of Nicaragua in 1856 and attempted to conquer all of Central America. Over the course of the past decade or so have been rescued from decades of shabbiness and neglect (thanks in part to help from the government of Spain) to delight visitors with all manner of tourist attractions, small lodgings (many of good quality under 200 and even 100 USD per night), and eating/drinking spots. In fact, so much so that this renaissance has turned the city into the main hub of Nicaragua tourism. 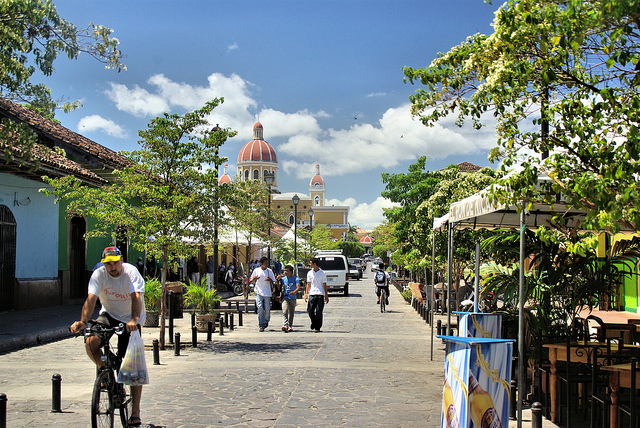 The epicentre of it all, as with most other colonial-era towns, is Granada’s oldest as most central plaza, the leafy Parque Central. In addition to being an open-air living room of sorts for many locals, it’s here you’ll also find vendors of crafts, nibbly bits, and shaved, flavoured ice, as well as various gracious buildings ringing the entire square. Foremost among them is the cathedral – the current yellow-and-white, neoclassical-style incarnation of which was finished around 1915.

Right next to the cathedral is another Old Town hub, a cobblestone street called Calle La Calzada, which slopes down to the lake shore. Especially at night, this becomes quite a lively stretch, and you’ll also find many of the local boutique hotels along here, such as Hotel Dario, Hotel Granada, Hotel La Pergola, and Hotel Patio del Malinche (another local favourite of mine is Casa Silas, a bed-and-breakfast with just two rooms but impeccably run by Nica/gringo couple Claudia and Rob on Calle La Concepción several blocks south of Parque Central). 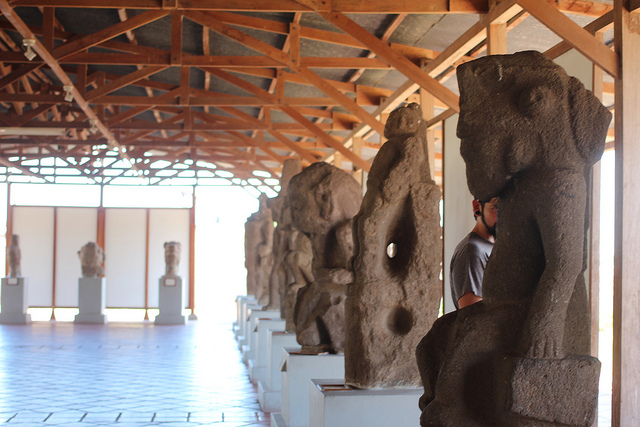 Most historical landmarks tend to be churches and other religious structures, of which the most interesting includes the 18th-century Iglesia La Merced on Calle Real Xaltiva, considered by many the loveliest in the city and offering a great bird’s-eye view from the top of its belltower.  Over on Calle Cervantes, the sky-blue Convento de San Francisco dates from 1585 and was rebuilt in 1868 after Walker and company had torched the city; here the feature attraction is a museum of religious art which also includes fascinating pre-Columbian statues carved from black basalt (above). The most important secular landmark in town is the Fuerte La Pólvora at the western end of the Calle Real Xaltiva, a low-slung, whitewashed fort built in 1748 that’s open for touring.

And speaking of museums, there are a couple of other little ones lurking about here, as well. Just around the corner from Parque Central on Calle Atravesada, Mi Museo is pretty unassuming from the outside but contains an actually fairly impressive private collection of pottery and other pro-Columbian artifacts dating as far back as 2000 BC. Just up the street, the ChocoMuseo housed in a five-storey townhouse not only has displays on the history of cacao and chocolate in the Americas but also a factory, hands-on workshops, spa treatments, and café with choco drinks and desserts. As the locals say, yumi, yumi (yum)! 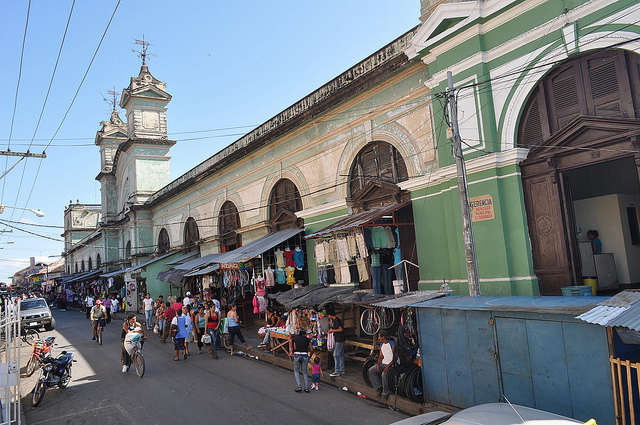 Other worthwhile stops: the cheerfully chaotic municipal market (above) on Calle Atravesada south of Parque Central, and at the end of Calle La Calzada, the lakefront park, where you can also catch a scenic boat cruise through the isletas (island) out on the lake. 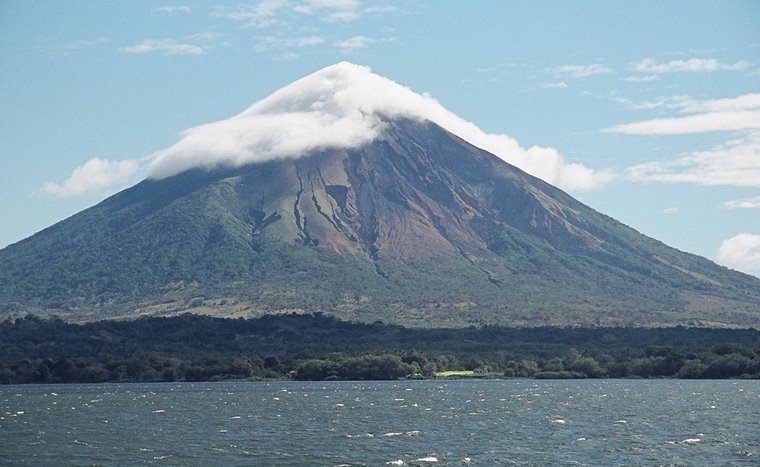 Finally, slightly farther afield outside the city, try to reserve time for a day trip to Mombacho Volcano one of several exciting Nicaraguan volcanoes you can visit. This one is part of a nature reserve some 10 kilometres (seven miles) south of town. You can get to the top via 4×4 or hiking for the singular experience of a cloud forest environment and to cop some pretty cool views out over Granada and the surrounding countryside. There are also zipline adventures and coffee farm tour up here, and you can overnight comfotably at rustic Mombacho Lodge halfway up.