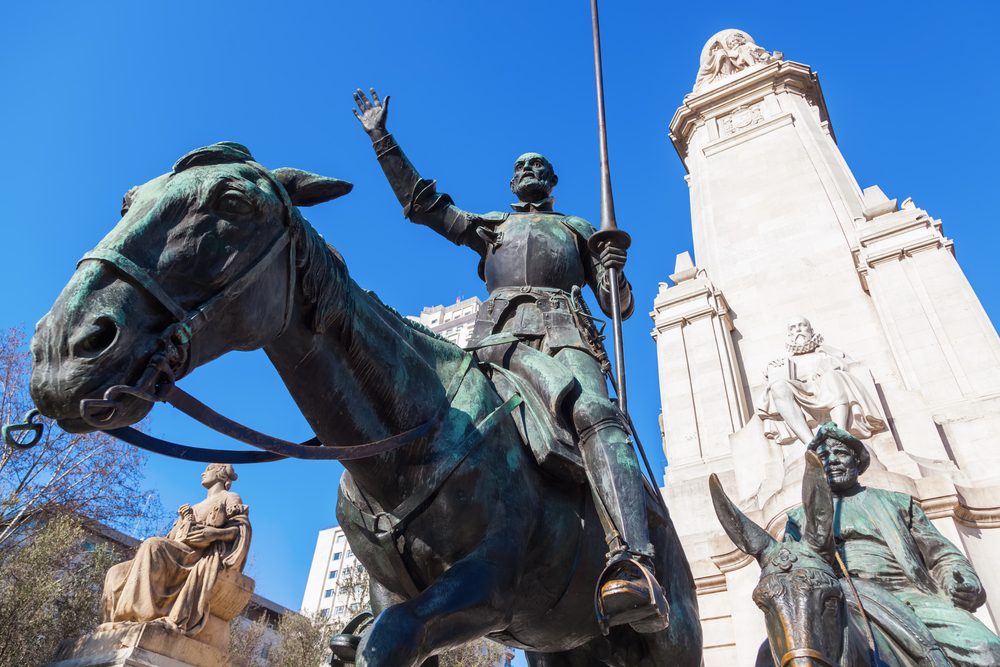 June 11, 2015 marked something of a landmark in Spanish cultural history: the ceremonial reburial in Madrid of the recently discovered remains of the “Shakespeare of Spain”, Miguel de Cervantes, 399 years after he shuffled off this mortal coil.

But though Spain’s artistic heritage is replete with stellar painters and sculptors, as well as composers, musicians, film directors, dancers, and more, with the exception of Cervantes, somewhat less familiar outside the Spanish-speaking world – no doubt because their work travels less – are its equally impressive writers, playwrights, and poets. In order to truly understand this country, it helps to have at least a passing acquaintance with the giants of Spanish literature – and you can visit many sites associated with them. Here’s a quick primer on just a few of the top members of the pantheon:

Though he died of tuberculosis at the young age of 34, this Seville-born short-story writer, poet and playwright (1836-1870) left a body of work that is one of Spain’s most widely read, including his 77 Rimas (77 Rhymes), considered the foundation of modern Spanish poetry. Visitors to Seville can check out the façade of his birthplace at Calle Conde de Barajas 26 and of another residence at Calle Potro 6, as well as his tomb in the Church of the Annunciation on Calle Laraña and the Glorieta de Bécquer, a dramatic monument dedicated to him in María Luisa Park.

Born and died in in Madrid (1600-1681), this icon of Spain’s Golden Age of Literature (Siglo de Oro) known for his mastry of metaphor and symbolism was also a soldier and Catholic priest. His most famous play, La Vida Es Sueño (Life Is a Dream) includes some of the most memorable and immortal lines in Spanish literature, such as “Qué es la vida? Un frenesí / Qué es la vida? Una sombra, una ilusión (What is life? A frenzy. What is life? A shadow, an illusion)”.  Other major works include La Dama Duende (The Fairy Lady) and El Alcalde de Zalamea (The Mayor of Zalamea); some were premiered in the historic Corral de Comedias theatre in the city of Alcalá de Henares outside Madrid.

A Romantic-era writer and poet (1837-1885) born in Santiago de Compostela, Galicia, and writing in Galician as well as Spanish (something unconventional and even disdained in her lifetime), De Castro was known for her commitment to social justice and women’s rights, and is honoured not just in her home region but throughout Spain (she was even on the 500-peseta banknote before the country adopted the euro, and Iberia christened one of its fleet after her). Noted works include her early poetry collection La Flor (The Flower), and a later collection, Follas Novas (New Leaves), dealing with themes such as emigration, the divide between rich and poor, and abuse of power.  You can visit her house-museum in her home town of Padrón, between Santiago and Pontevedra.

One of the top figures of Spain’s postwar literature, Cela (1916-1972) was coincidentally born in Padrón, Galicia, associated with Rosalía de Castro. Though loyal to the régime of dictator Francisco Franco, he was viewed with some suspicion by its censors due to the perceived “immoral” content of works such as La Colmena (The Beehive) and La Familia de Pascual Duarte (The Family of Pascual Duarte). He was awarded the Nobel Prize for Literature in 1989. 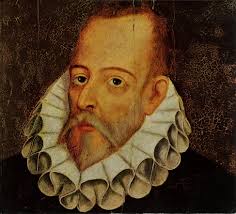 The apex of the pantheon is occupied by the novelist, poet and playwright (1547-1616) whose greatest work, Don Quixote, is considered the first European novel. Also a tax collector and sailor in the Spanish navy, Cervantes also wrote dozens of other lesser known works, such as Exemplary Novels and La Galatea. His family home in Alcalá de Henares is a museum affording a fascinating look not only into his life and oevre but also 16th-century bourgeois life. And of course right on Madrid’s Gran Vía, the writer and his most famous characters are given pride of place in the Plaza de España.

Born in the tiny Granada town of Fuente Vaqueros (where his family home is now a museum), Spain’s most internationally famous poet and playwright (1898-1936) is known for works such as Poet in New York, Boda de Sangre (Blood Wedding), and La Casa de Bernarda Alba (The House of Bernarda Alba). As both a gay man and a socialist, he became a target of fascist rebels and was thought to have been murdered in Granada by a Francoist death squad shortly after the Spanish Civil War broke out.  A Lorca centre is currently under construction in Madrid.

Another Nobel literature laureate (1956), the works of this poet (1881-1958) born in the Andalusian province of Huelva include Sonetos Espirituales (Spiritual Sonnets) and Animal de Fondo (Animal at Heart). But perhaps his best known internationally is Platero y Yo (Platero and I), a prose poem evoking the people and places of his native region. The river port city he comes from near Huelva has a Moorish castle but also the home museum devoted to the writer – who by the way spent the last 20 years of his life in exile in the United States due to the Spanish Civil War and Franco régime. 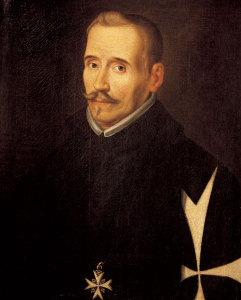 Considered second only to Cervantes among Golden Age literary figures, Lope de Vega (1562-1635) counted among his output three novels, some 3,000 sonnets, and around 500 mostly comedic plays – especially notable among which are Fuente Ovejuna (Ovejuna Fountain) and El Perro del Hortelano (The Gardener’s Dog). His house in Madrid at Calle Cervantes 11, several blocks from the Prado and Thyssen-Bornemisza museums, has since 1935 been maintained as a museum by the Royal Spanish Academy.

Considered by many to be second in stature as an overall Spanish literary figure only to Cervantes, the country’s greatest 19th-century létterateur (1843-1920),  was born in Las Palmas, on the Canary Islands’ Gran Canaria, and the house where he was born is now a museum. He spent most of his life in Madrid, however, where he developed a literary oevre focused on realism as well as conservative and clerical abuse of power; in fact, one of his most important plays was titled Realidad. Perhaps the best known of his dozens of works is the tragic novel Doña Perfecta, but others of particular note include Fortunata & Jacinta and Tristana, which was famously turned into a cinema classic by Luis Buñuel. 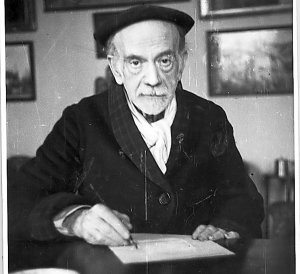 Another Iberia plane carries the name of (1872-1956) this writer, a key member of the so-called Generation of ’98, which critiqued Spanish culture and society in the years following the losses of the Spanish-American War. Hailing from the Basque port city of San Sebastián, he actually trained as a physician but won acclaim for novels written in a terse, unadorned style, such as El Árbol de la Ciencia (The Tree of Knowledge) and Zalacaín el Aventurero (Zalacaín the Adventurer). In both style and sensibility he was a particular influence on the American writer Ernest Hemingway. 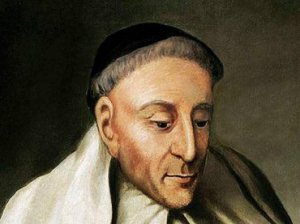 A small, triangular square/monument and Metro station in downtown Madrid are named for this 17th-century dramatist (1579-1648) born Gabriel Téllez, another Catholic priest (and friar), as well as a friend of Lope de Vega. This is because his stories, novellas, verses, and more than 400 plays have won him a place as one of the Golden Age immortals. Tirso de Molina’s best-known works include El Burlador de Sevilla (The Trickster of Seville) and El Convidado de Piedra (The Stone Guest). 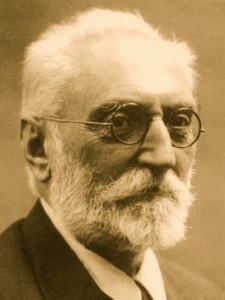 This Bilbao-born Basque (1864-1936) was of a distinctly philosophical and moderate bent, and so accomplished a multidisciplinary intellectual that it him to the rectorship of the prestigious University of Salamanca (interrupted by exile during the Franco fascist precursor régime of Primo de Rivera, then again by removal and house arrest by the Franco régime itself). Unamuno’s best known novel is Ábel Sanchez: Una Historia de Pasión (A Story of Passion), and work of poetry El Cristo de Velázquez (The Christ of Velázquez). Interested visitors have the option of not one but two house-museums, one in Salamanca and one at his house in Puerto del Rosario, Fuerteventura, Canary Islands, one of his places of exile in the 1920s.

Born in Galicia (you can visit his family home/museum in Vilanova de Arousa, near Pontevedra), this playwright and novelist (1866-1936) was another member Generation of ’98. , Fairly radical both politically and as a writer working in the modernista vein of the early 20th century, Valle-Inclan’s standouts include the tragic play Luces de Bohemia (Bohemian Lights) and Tirano Banderas (Tyrant Banderas), considered the century’s first great novel of dictatorship. Fun fact: lost an arm in a spat with another writer (makes today’s literary feuds seem rather tame, eh?).