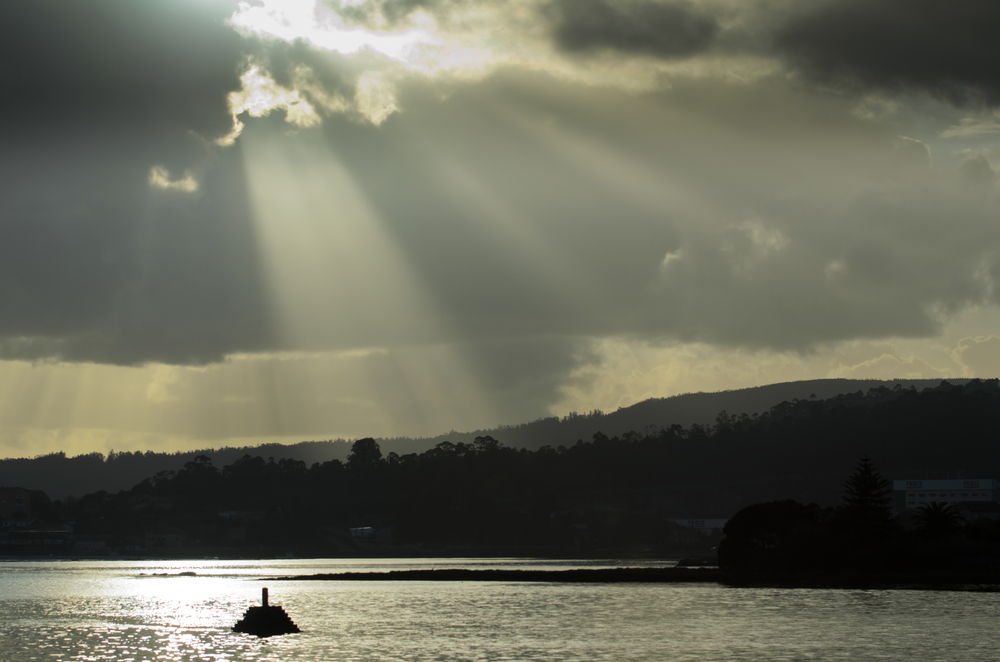 A ría is a type of estuary of the sea that’s essentially a drowned river valley. Examples include Devon’s Plymouth Sound in England, as well as the Chesapeake Bay and San Francisco Bay in the United States. But the word itself is Galician, because the world’s most famous rías are the four which define the west coast of Galicia – most notably the Rías Baixas, “low estuaries”.

This comely quartet are a nearly perfect mix of forests, dramatically craggy cliffs, charming villages, sweeping beaches, and delicious eating – and perhaps above all, extraordinary drinking in the form of that exquisite (and increasingly famous) Spanish wine, Albariño. 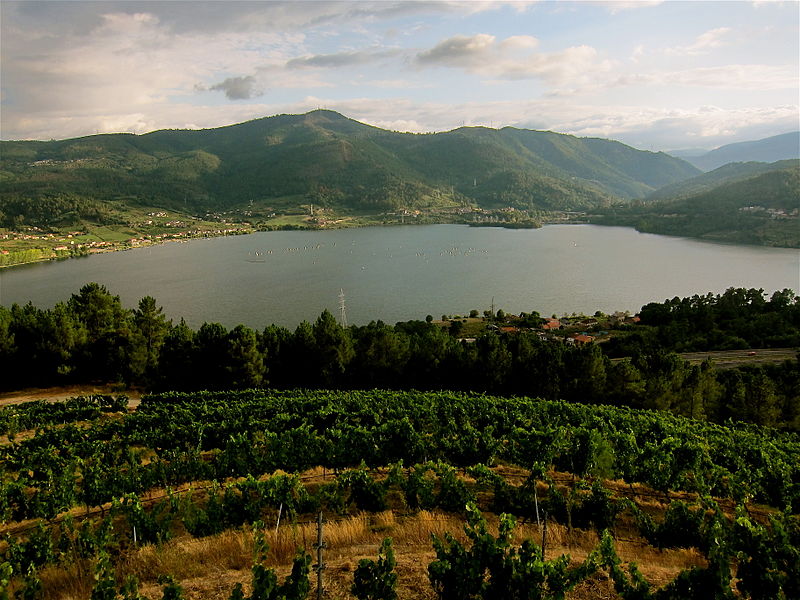 Here from the low, fertile soil of one of Spain’s wettest climates (thanks to the strong Atlantic maritime influence come the dry white wine whose grapes grow caressed by moist oceanic  breezes. Its origin isn’t certain – some claim it was brought by monks from Cluny in northeast France via the Way of St. James, while others insist that no, Albariño is a product of Galicia and pilgrims carried up the Way to France, not the other way around. Whatever the case may be, this crisp white is the perfect complement to the seafood fished from these rías, such as monkfish, turbot, bass, and hake, along with shellfish.

A road trip through the landscapes, vineyards, and villages of the four rías is a magical experience. The Ría de Muros is the most rustic, and the villages to visit here are Muros and Noia, as well as stops to hike up Mount Louro and through a bit of the Corruvedo Nature Park. In the Ría de Arousa, the largest, is where you’ll also find some landmarks of Spanish literary history, such as the village of Padrón, where the home of the distinguished Galician poet Rosalía de Castro (she has an Iberia plane named after her!) is now a museum, and ditto for the home of novelist/playwright Ramón del Valle Inclán in the town of Vilanova de Arousa. 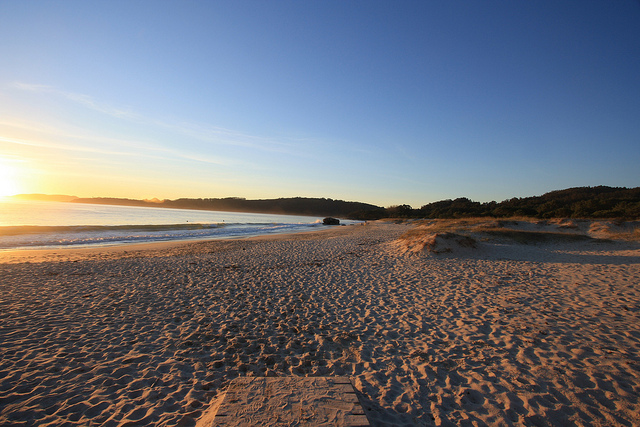 On the Ría de Arousa, the town of Cambados (considered the “capital of Albariños) has a parador in a historic country manse, as well as an Ethnography Museum of Wine that will provide more background of the oenological heritage and culture of Galicia. On Ría Pontevedra, must-visits include the lovely village of Combarro, with its stone hórreos (traditional granaries raised above the ground on pillars), and Portonovo, a darling historic town of narrow streets with playing children and old ladies sitting in doorways.

Then there are the beaches – oh, the beaches. A Rías Baixas strand could almost be confused with one in the Caribbean, with pale golden sand and turquoise waters (even if those waters are usually on the bracing side). La Toja island (Illa da Toxa in Galician) out in the Ría de Aousa is a perfect example. Another is the Ría de Vigo‘s Cíes Islands, offshore from one of Galicia’s largest cities, Vigo. A refreshing dip, and a bit of a stretch-out in the sun – it could only be improved by an equally refreshing, smooth glass of Albariño.

Because that, my friends, is just how the rías roll…

Iberia flies to Vigo, Santiago de Compostela, and A Coruña: get best fares at the following Iberia.com links from the U.K. and USA.