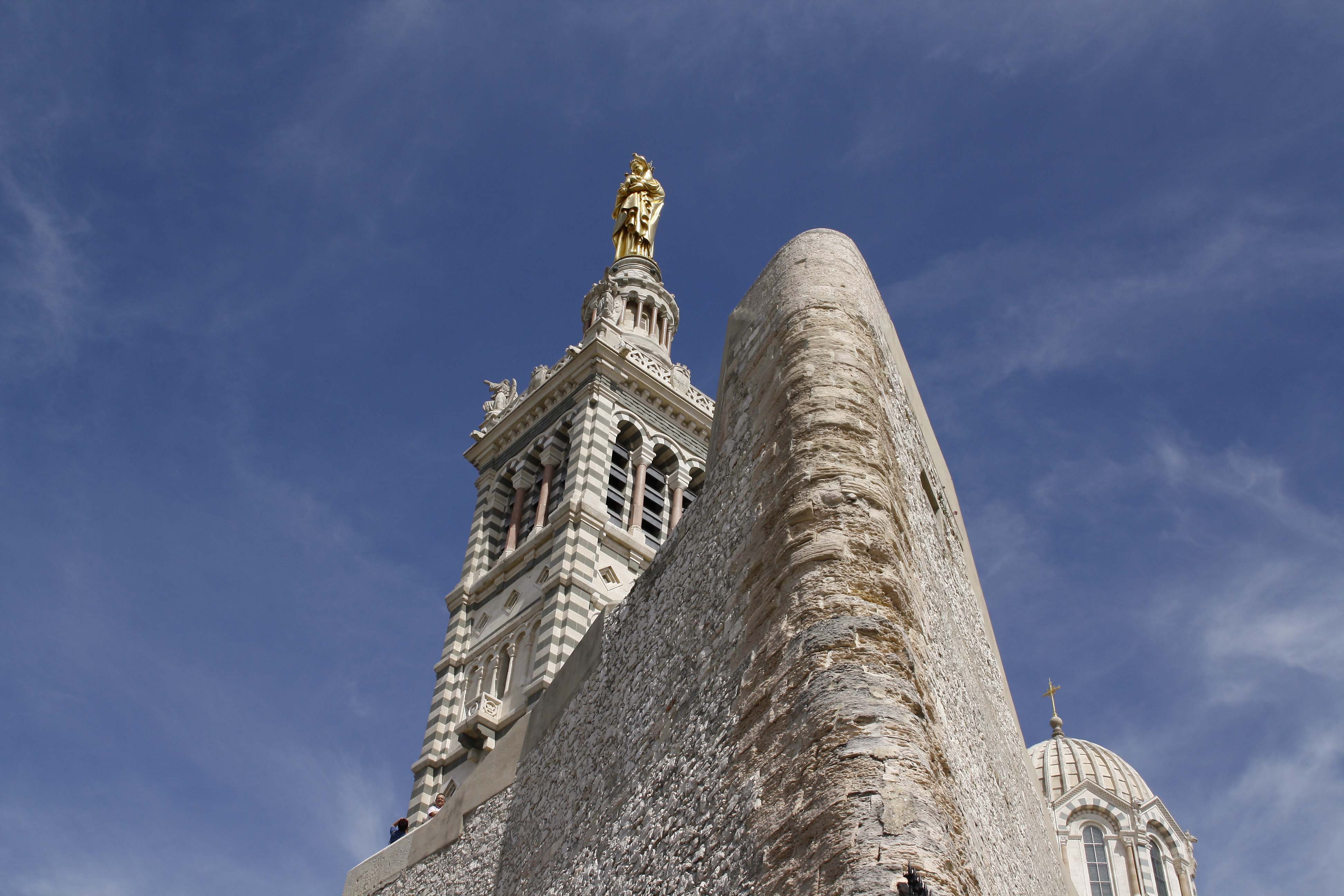 A very special few of the world’s countless places of worship manage to become truly extraordinary places in their own right. One of them is the Basilica of Notre-Dame de la Garde, a green-and-white neo-Byzantine vision which looms over the French Riviera city of Marseille as an indelible part of its cityscape.

One of the things that distinguishes this 162-metre-tall (531-foot) church, consecreated in 1864, is its remarkable collection of ex-votos – offerings to the Virgin Mary (notre dame, our lady) in thanks for answered prayers. They take the form of artworks and myriad other objects, here including ship and airplane models, prostheses, placques, paintings, even part of a firetruck – all of it suspended from the ceiling or hung from the walls. 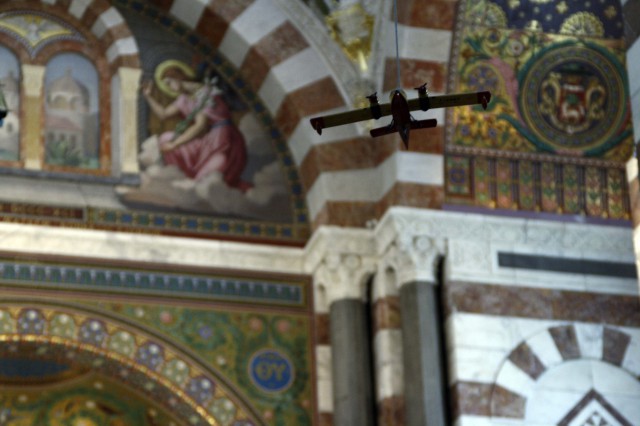 One of the first records of ex votos appears in the 15th century, referring to to purchase for a few florins of a wax effigy of the Virgin. In the centuries since, there were accounts of cholera and other epidemics; multifarious wars; diseases and accidents; shipwreck survivals (from the very beginning, the basilica was particularly popular with the city’s fisher folk); a plane crash (left), and more – essentially, all the slings and arrows of outrageous fortune, laid at the feet of Our Lady.

Other highlights include sumptuous Byzantine-style mosaics, and most of all, due to its commanding hilltop location, breathtaking views out over the port and the rest of the city from the basilica, its terraces, and grounds. 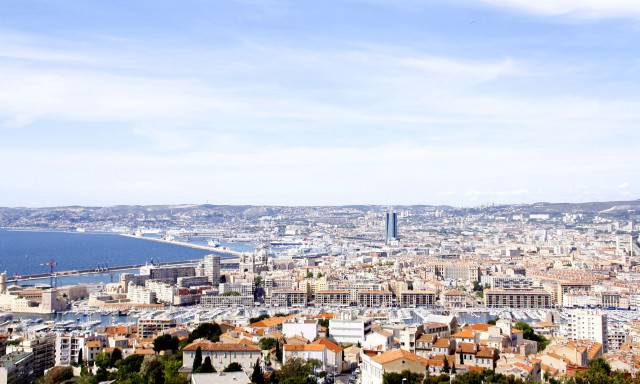 To get up here, you can drive or take a bus or tourist shuttle to the parking lot, then climb the long staircase (diehard pilgrims would make the journey from below on their hands and knees, but you’re excused!).