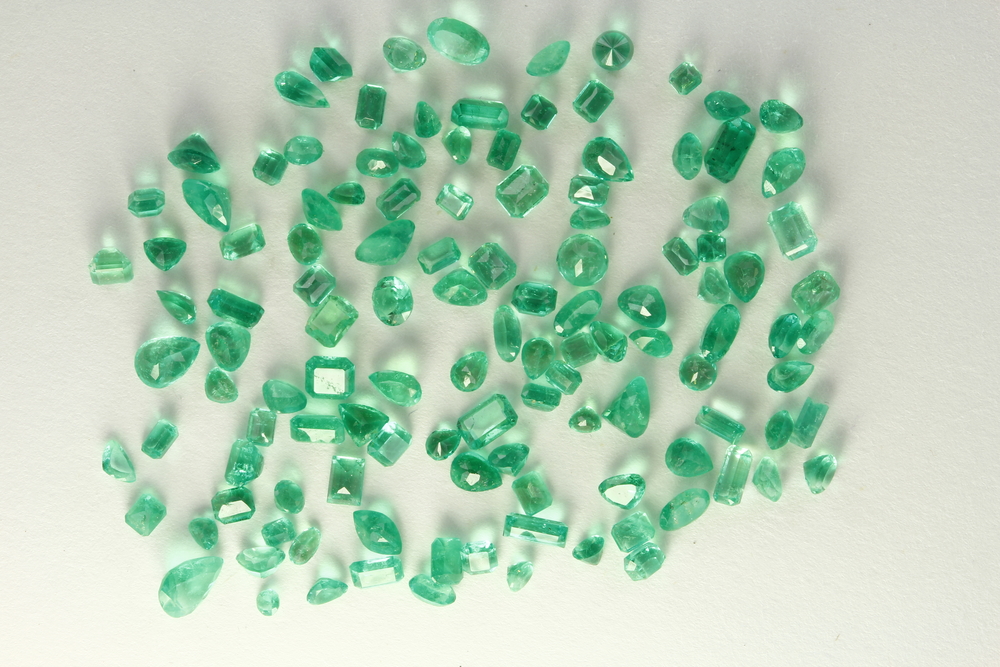 Few people I know are not impressed by emeralds, their mystique, and their deep, striking, verdant splendour. What I’ve found fewer people are realise is that by far the majority of the world’s supply of them (well over half), as well as the purest quality, comes from one country, namely Colombia. Which is why if you’re a jewelry aficionado, visits to various of this country’s larger cities will provide you with the world’s most varied and high-quality selection of glamorous green gems and settings (sometimes at surprisingly affordable prices).

Most emerald mining in Colombia takes place in the inland departments of Cundinamarca (where Bogotá is located) and adjacent Boyacá, on the eastern side of the Andes, and the gems – basically a variety of a mineral called beryl – have been mined and traded since pre-Columbian times. Hues vary from blueish to yellowish green, and the darker the green, the more valuable the stone (one of the greenest as well as largest, at 172 grams/858 carats, ever found is Colombia’s Gachala Emerald, below right, now in Washington DC’s Smithsonian Institution). 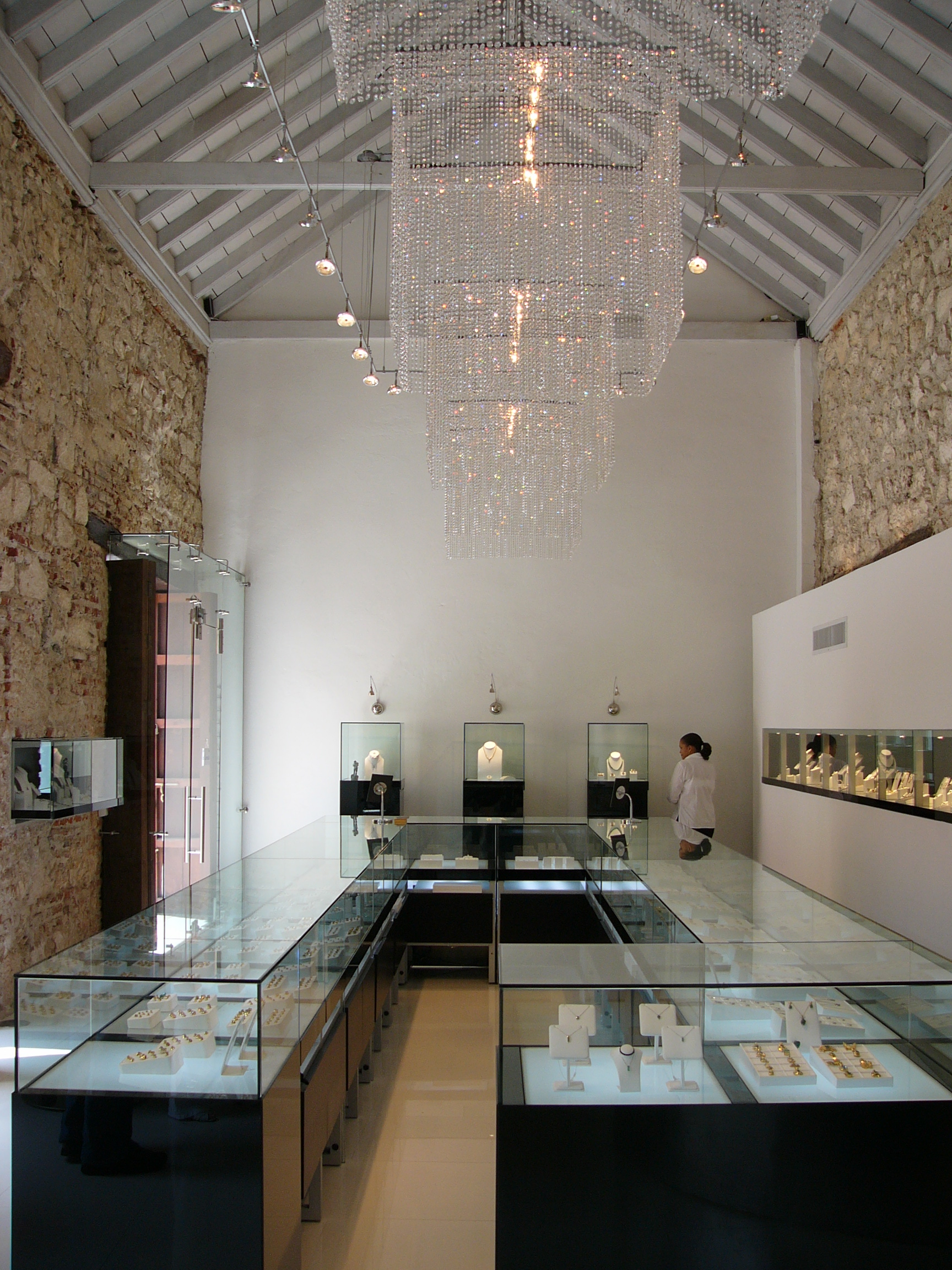 The main destinations to get the best look at these singular gemstones (and best selections for purchase) are above all Bogotá – closest to the mines – and also to some extent Cartagena up on the Caribbean coast, thanks mostly to the cruise-ship traffic. In the country’s capital, you might want to start with a visit to downtown’s Museo de la Esmeralda, on the 23rd floor of the Avianca Building (Calle 16 No. 6-66), which provides a very informative guided tour through various geological, historical, and cultural aspects of emeralds and the mining industry in Colombia – including some pretty jaw-dropping rocks. There’s a shop attached, as well, but you can also head into nearby La Candelaria, the colonial quarter, where  you’ll find a concentration of shops along “Emerald District” between Calle 12 and Avenida Jiménez and Carreras 5, 6 and 7 (you’ll see brokers and buyers wheeling and dealing on the sidewalks in kind of an open-air exchange).  Consumers can buy from them, too, but to make sure you’re getting the real certified deal (operators passing off synthetics and fakes are not unknown out on the street), I’d recommend heading to the Emerald Trade Centre (Av. Jiménez 5-43) with more than a hundred reputable vendors such as Joyas King.

Up in Cartagena, a number of shops can be found in both the colonial old quarter and the modern Bocagrande district. Top choices in the former include Lucy Jewelry (above), just off the Plaza Santo Domingo. Out in Bocagrande there’s a reason everyone goes to Joyería Caribe: it’s large, it’s been in business for 30 years, lets you watch its gemcutters and craftspeople at work (below), and even incorporates a museum section (including a mock-up of a mine tunnel). 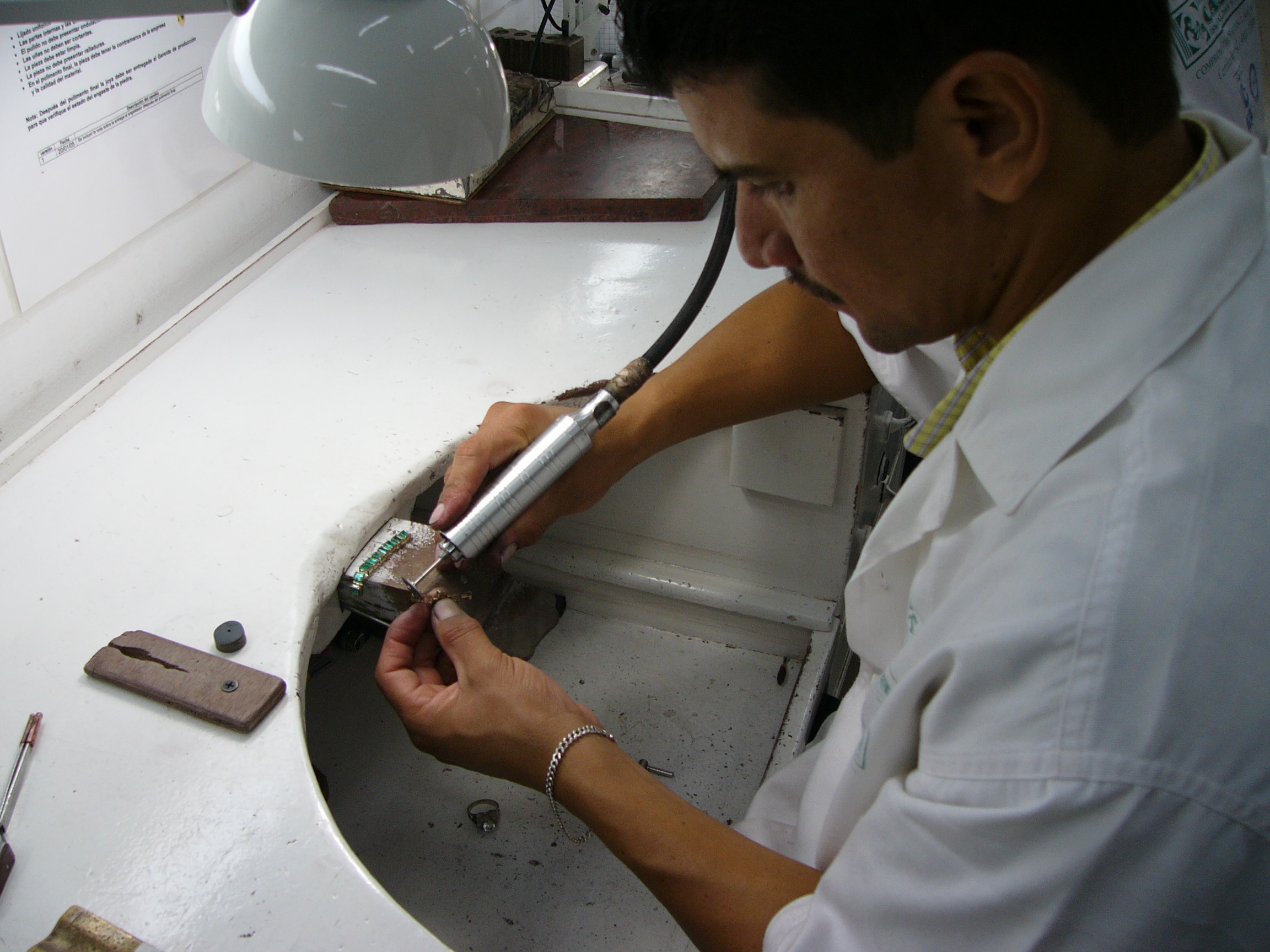 More information: Colombia.travel; and for some excellent guidelines on how to shop for emeralds, check out a blog called GreenInGold, created by a Colombian emerald shop in Miami, Florida.

Best fares to Bogota from the U.K., from Spain.