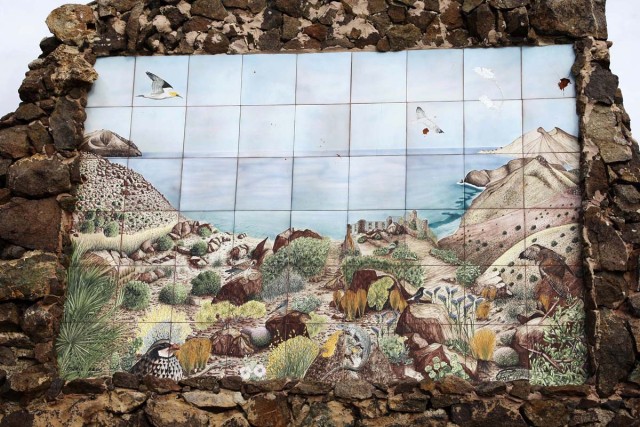 Out on Spain‘s southeast corner, in the province of Almería, Andalusia, this is one of the country’s most singular landscapes, thanks to its mix of volcanic origin, semi-desert climate, fauna found nowhere else, and a shoreline full of dramatic coves, beaches, dunes, and tidal pools.

The Beaches of Cabo de Gata

The park’s 63 kilometres (39 miles) of shore provide ample spots to lay down your towel and enjoy the sun and sea. Indeed, these beaches and waters are considered some of Spain’s choicest.

Playa Monsul, near the little town of Las Negras, is one of Almería’s most famous beaches – so striking it has been used as the backdrop for movies such as Lawrence of Arabia and Indiana Jones and the Last Crusade. Here you’ll find La Peineta, an enormous volcanic rock on the shore which you can climb for perfect views out over the crystalline surface of the sea and the volcanic landscape behind you. Also here is the Duna del Monsul, a black-sand dune that moves with the wind.

Cala del Cuervo (below) is a small hideaway cove of full of stones eroded by time. It’s still fairly under the radar and therefore splendidly uncrowded. If you take the path up from the cove over the promontory you’ll get to the Cueva del Cuervo, a spectacular cliff with a grotto-like indentation (hence the cueva). 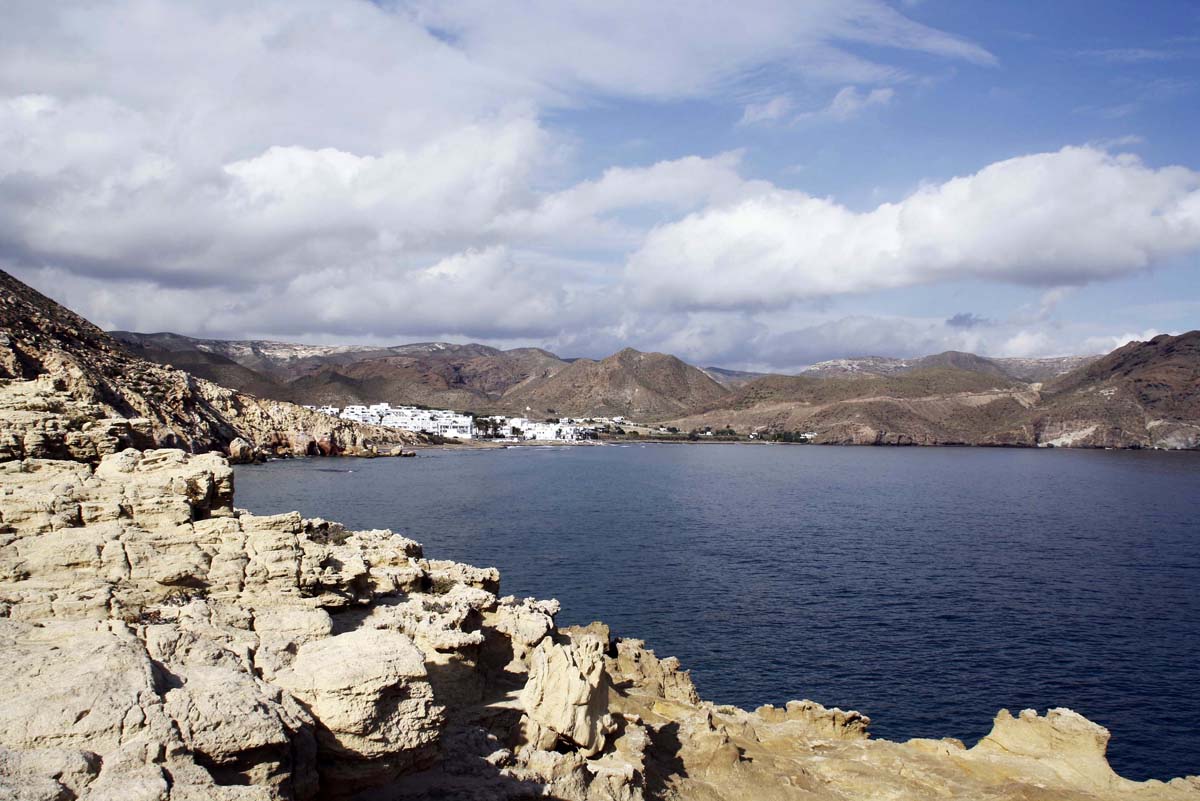 The main distinguishing feature of Playa del Arco is that it’s practically paved over by smooth, white stones instead of sand (one big plus – they sure won’t stick to you!). It’s also easily identifiable by its local landmark, San Felipe Castle, a fort with four cannons built during the 18th-century reign of Carlos III.

Mining in the Park

Mineral extraction in this area dates back to the Romans, Phoenicians, Carthaginians, even prehistory, and what’s known of this story is told in the Museo Geominero in the town of Rodalquilar. The existence of gold in this area was an open secret, until the operation was finally abandoned around the mid-19th century when it started proving more costly to maintain than it was worth. 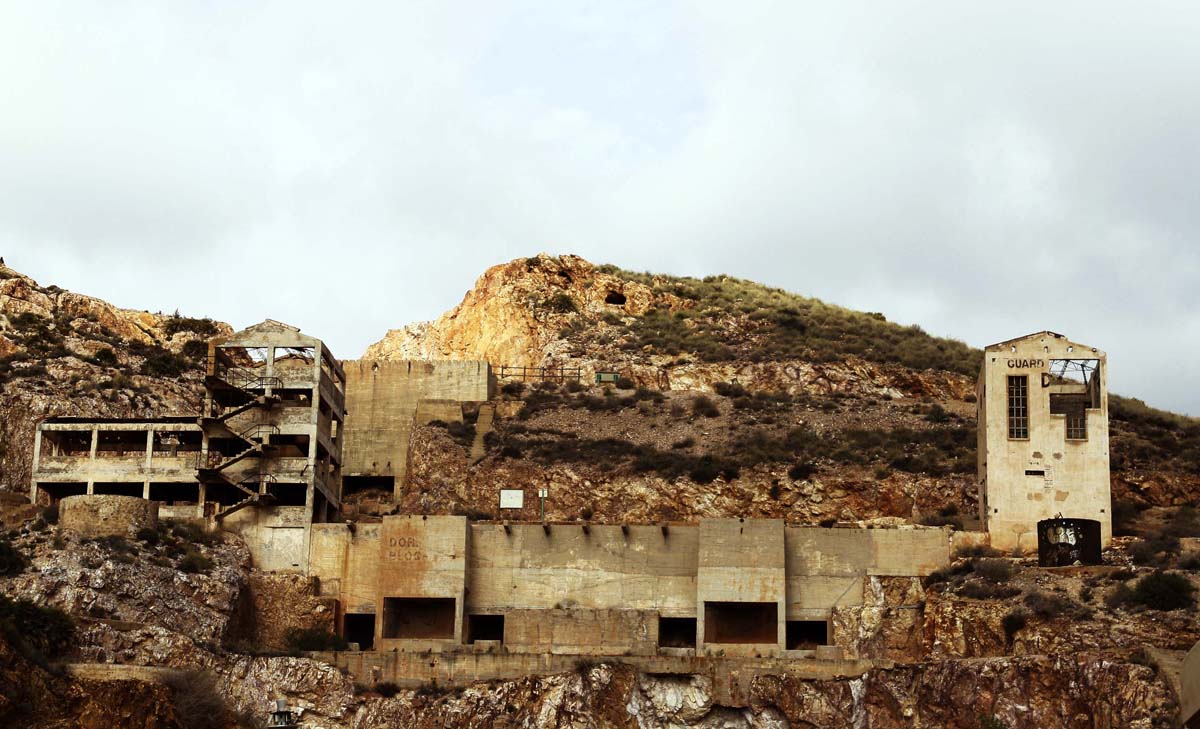 Entrance to the museum is free, and it’s well worth a visit to get a sense of the area, its geology, its history and past way of life. But even apart from all that, visiting the abandoned mine facilities is a real trip – it feels a little like a science-fiction-movie landscape, between the mineral-filtration pools; the half-ruined buildings; stairways to nowhere; the strange, rusty metal bits twisting out of the concrete.

The symbol of the park, and marking the Iberian Peninsula’s southernmost point, the lighthouse is reached via a narrow road which snakes along the cliffs. Eighteen metres (59 feet) tall, it’s relatively modern (built in 1863), although Cabo de Gata was known to the ancients for its abundance of agate stones (in fact, there are quite a few references, such as that of Ptolemy, calling the cape “Charidemou Acra”, meaning “promontory of the carnelians”, a semi-precious brownish-red gemstone). 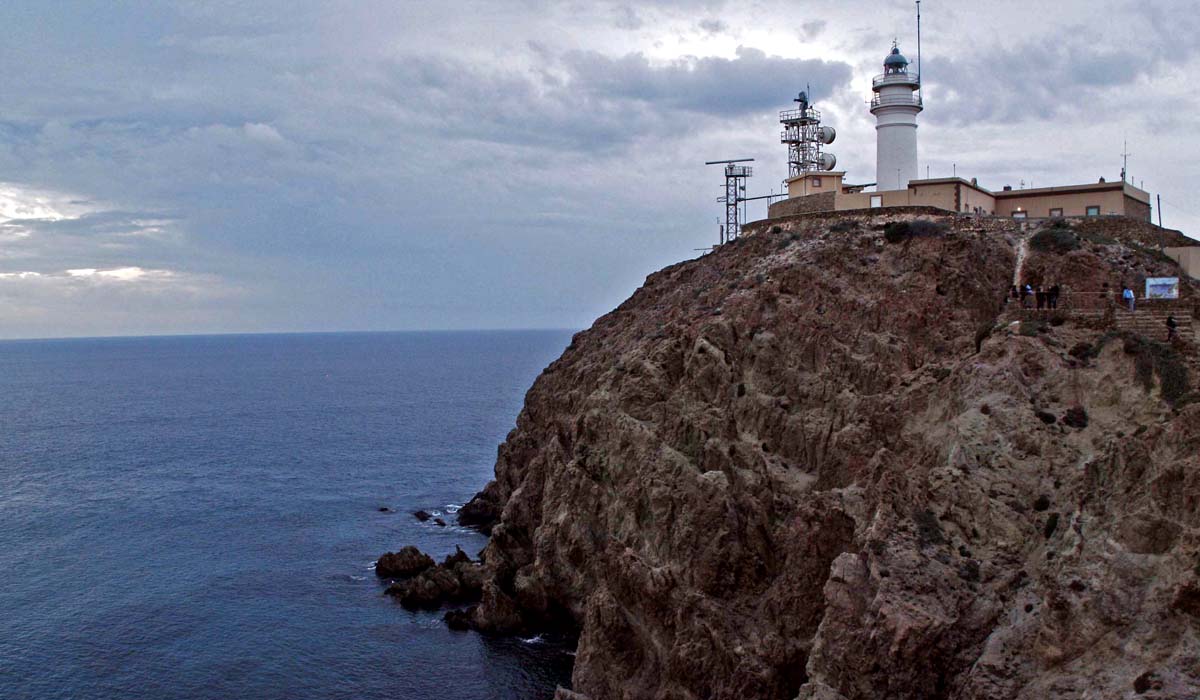 In any case, it’s a perfect spot to take in the sunset, with Arrecife de las Sirenas (Mermaid Reef) below (so named because mermaids, aka sirens, are what ancient mariners dubbed what we now know as sea lions). Quite apt, really, because once you get to know it, Cabo de Gata with its stark, singular beauty does seem to work something of the magic of the sirens’ call.