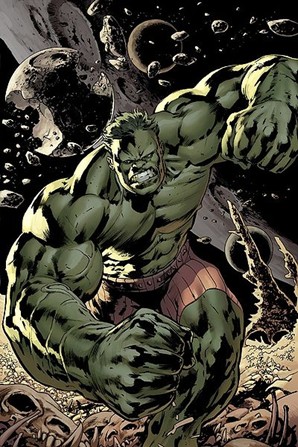 Most people, of course, board airliners and have little or no difficulty during their flights. And the reason is due to automatic regulation of arousal. It’s a response which develops over time when an attuned and empathic caregiver assures a child that feelings of arousal are normal, and will soon go away. When a caregiver does this consistently, links between arousal and the attuned empathic face are established in the psyche. These links provide automatic regulation throughout a person’s lifespan. But when an agitated child is not consistently responded to, the child does not establish the links needed to automatically regulate arousal. When automatic regulation is not developed during early childhood, the person has no choice as an adult but to attempt to regulate arousal intellectually. Intellect, however has limited control over emotion.

Neuroscience has shown that mild anxiety, if caused by faulty thinking, can be alleviated by clearer thinking. But moderate to severe anxiety is caused not by thinking but by unconsciously released stress hormones. Stress-hormone release, and a person’s response, are best regulated unconsciously and automatically. We are setting out to improve unconscious regulation.

In my last post, I explained that links inside the mind provide automatic calming. When flying is emotionally difficult, we need to improve these links. To do that, we need to link the memory of a profoundly calming moment on to the challenging moments of flying. Warning: links between flying and a moment in which you were calm because of a stress-free environment will not work. We need to link flying to a memory in which you were calm – not due to lack of stress, but in spite of stress, due to the calming presence of another person. Neurological researcher Stephen Porges discovered that signals are sent unconsciously between persons. When modulatetd just right, these signals cause a profound calming effect even if stress hormones are present. These unconscious signals slow the heart and cause the parasympathetic nervous system to calm the mind and the body.

How do we pick up where development left off? We need a moment with one other person, in which the signals being unconsciously sent and received produced a profound calming effect. Scan slowly through your experiences with others. Look for a moment when someone you were with – maybe but not necessarily your mum – was not critical, not competitive, and not judging you. Bring the memory of that person’s presence to mind. Remember the person’s face, voice, and body language. As the memory becomes vivid, you may notice your guard being let down.

Pretend the person is holding a photograph by her or his face. The photograph is black-and-white; no color. It is small, just a snapshot; that’s a way to keep stress hormones from being released. Let’s say it is a photo of a plane just touching the runway. The person’s face, voice and body language are being linked to the plane landing. Imagine the person puts that photo down, picks up another one and holds it by the face; this is a photo of the plane gliding from cruise altitude effortlessly (the plane doesn’t even need the engines at this point) down toward the airport. The plane gliding is linked to the person’s calming influence. The next photo is the plane cruising. Continue establishing links back to the beginning of the flight. Why start at the end? It works better to start at the end of the flight where relief is at hand, and work back to the more difficult parts of the flight.

Photographs to use in this linking exercise can be found at FearOfFlying.com/photos They take you through the things that happen on a routine flight. Link each to the person’s calming presence.

Next, make a list of the things you fear may go wrong to the plane. In this second part of the exercise, we link each item on your list, one by one, to vivid memories of the calming person. Since things on this list cause anxiety – and we want an anxiety-free exercise – use a cartoon instead of a photograph. We don’t take cartoon characters seriously. When a cartoon character is in a risky situation, no matter how dire the circumstances, the character finds some way to escape. Picture Homer Simpson on a plane, with a drawing of a plane falling out of the sky over his head to show he is imagining that. This allows us to link the broken airplane to the calming person without causing distress.

Finally, in the third part of the exercise, use cartoon characters to link the physical sensations felt during panic to the calming person. A pounding heart is depicted by Clark Kent in a state of panic because kryptonite on the plane has caused him to lose his super powers. Difficulty breathing is demonstrated by Popeye with his huge fist wrapped around his skinny neck, as he says to Olive Oyl, “I can’t breathe!” For sweatiness, use SpongeBob with sweat dripping down his yellow face. Tension in the body? How about Bruce Banner starting to turn intothe Hulk? As he does, he feels tension in the body, pops his shirt buttons, and turns green. For disorientation (derealisation, out of body sensation), use Scooby-Doo in the cargo compartment of a plane, with spirals and stars over his head.

Links between another person’s calming presence and the challenging moments of flight can usually be established by doing one session a day for three or four days. In this post, you have an outline of the exercise (I go into more detail in my book, below). How’s that for a super power?
Tom Bunn, L.C.S.W., is a retired airline captain and licensed therapist who has specialised in the treatment of fear of flying for over thirty years. He is the author the bestselling book on flight phobia, SOAR: The Breakthrough Treatment for Fear of Flying. His company, SOAR, Inc., founded in 1982, has helped more than 7,000 clients control fear, panic, and claustrophobia.