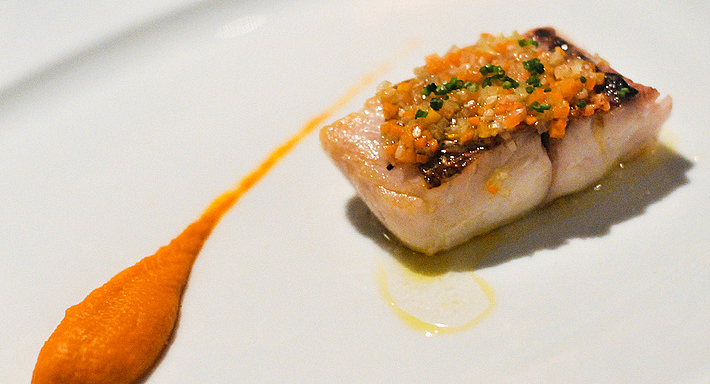 As a resident of Mexico City, a lover of Mexican food, and a passionate defender of the arts of the kitchen, I have been finding that if there’s one thing that defines this town in the second decade of the 21st century, it’s the heady feeling of constant change. Inevitably, this dynamism has also had a transformative effect on Mexico City dining in particular as well as, one could argue, on Mexican cuisine in a larger sense. In the capital of Mexico’s dining scene, there’s been not only a refinement of Mexican cooking from this city, region, and other parts of Mexico, but also a stepping-up of the ever-evolving mating between local culinary traditions with both international influences and also the much more experimental nouvelle cuisine movement still sweeping the world.

And so here in Mexico City you’ll come across an impressive range of incredible edibles, from the tacos and burritos you might be familiar with from your local Carlos ’n’ Charlies to hibiscus-flower enchiladas and even more exotic–and beloved—local delicacies such as escamoles (sautéed ant eggs) and chapulines (fried crickets). Without further ado, as 2013 draws to a close, here are my picks for top Mexico City restaurants. 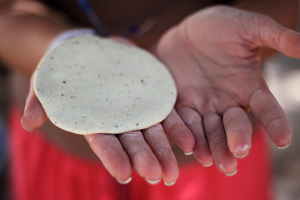 Cantina La Ópera   Smack in the middle of downtown, right near Alameda Park, this venerable spot still makes hay over its tale of early 20th-century outlaw Pancho Villa firing a couple of shots into the ceiling. But beyond that, this bar is also legendary for its good taste and its wide variety of Mexican delicacies, a top example of which is the caracoles en salsa chipotle (snails in chipotle sauce).

Dulcinea Cocina Urbana   Top chef Lucy Acuña has a fresh, creative vision which blends traditional Mexican ingredients with international haute cuisine to delectable effect. To whit, check out her take on sopa de chicharrón (a tomato-based soup with tortillas and pork cracklings, plus a whiff of cilantro and a dab of octopus). The interesting ambiance at both locations, in Polanco and Santa Fe, are also points in its favor.

El Borrego Viudo   OK, so glam’s not exactly a strong point here, but few are the Mexico City foodies who haven’t made the pilgrimage to this taco joint slightly out of the way in Colonia Tacubaya. It’s well worth a bit of a schlep if only for its well-known pork tacos al pastor, especially appreciated by late-partying young locals to soak up the booze, but enjoyed by comers of all ages as well. One of its coolest selling points is that you can drive in and they’ll bring the goods right up to your car. One caveat: if you’re not a fan of hot ’n’ spicy, watch out. 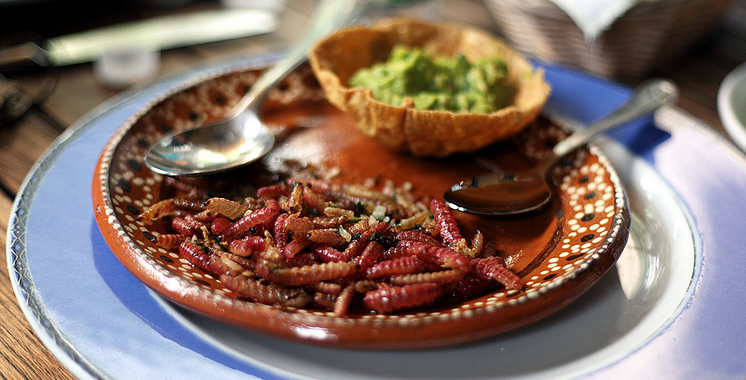 Fonda El Refugio   This “refuge” is right downtown in the Zona Rosa (home to many of the central restaurants and clubs), and caters to pretty much all tastes. I’m partial to its tacos and the variety of fish dishes, but please take a deep breath and try the house specialty: the utterly local escamoles, along with local seasonal chinicuiles and maguey worms (right). Seriously, they’re much better than they sound.

Pujol   One of Polanco’s (and all of Mexico’s City’s) most fashionable eateries, this temple to the kitchen god actually ranks number 17 among the world’s top 50 restaurants at the moment. Blame the success on chef Enrique Olvera, a local creative-cuisine icon, whose menu includes refined nouvelle versions of tamales de huitlacoche (corn fungus, but think of it as the variety of mushroom that it is). A true sensation for your senses. 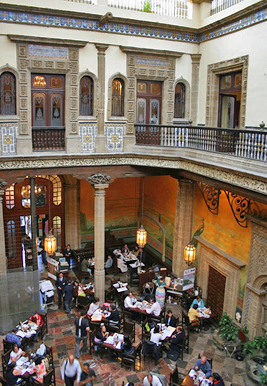 Sanborns   OK, so it’s a chain. But it’s a very good, and local Mexican chain, and furthermore it’s all over town (not to mention the country), serving up some truly great examples of local classics. Here my top choices include the especially delectable chilaquiles and cochinita pibil tacos. Furthermore, one of its flagships, the historic New-World-Baroque House of Tiles (right) on downtown’s Francisco I. Madero Street, is utterly worth a visit even if you don’t eat here.

Miguel Martínez, a Seville-born journalist and current resident of Mexico City, is passionate about traditional cuisine and the recipes of yesteryear. You may visit his blog at recetastradicionales.wordpress.com.